Cuisine is more than just food. It is an edible history and a reflection of the place that a culture calls home. Native American cuisine is as nuanced as the 500-plus federally recognized tribes in the United States.

Ironically, many Native American dishes have quietly been absorbed into what we see today as ‘American’ cuisine, many of which you’ll likely enjoy this Thanksgiving: cranberry sauce, succotash, pumpkin and squash soups, corn and corn bread (and popcorn!), even mashed potatoes. A movement of Native American chefs is working to reclaim their cuisines while giving an opportunity to explore North America’s oldest cultures. Here are seven Native American dishes you should try. 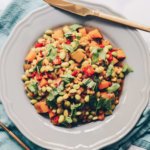 “Three Sisters” refers to the main crops seen in many Native American nations throughout North America: corn, beans and squash. Early Native American farmers realized that, when grown together, these three plants have a mutually beneficial relationship. Beans, which give nitrogen to the soil, use the sturdy stalks of corn to climb, while the large leaves of the squash vines keep the soil damp. To Native American nations, the Three Sisters refer to more than just a traditional gardening technique — they appear in numerous legends highlighting the importance of community, supporting one another and never taking more than you can give back.

A common dish incorporating the Three Sisters is succotash, which comes from the Narragansett word sohquttahhash, meaning “broken corn kernels.”

Where to try it: The Pequot Café at the Mashantucket Pequot Museum & Research Center in Mashantucket, Connecticut 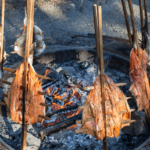 In the Pacific Northwest, members of the Nez Perce, Umatilla, Warm Springs and Yakama nations don’t just share similar languages and religious beliefs, they share the region’s rivers and streams which are abundant in salmon. Salmon is essential to all aspects of life for the people of the Pacific Northwest tribes. Beyond serving as a main source of food and the livelihood for many Native families, salmon is the tribes’ spiritual connection to nature. Salmon is an ‘indicator species’: If the environment changes and salmon populations decline, tribal members know that other food sources, such as elk, deer and everything the salmon are connected to, will also be affected.

Using cedar planks or cedar stakes, salmon is cooked by being placed by an open fire. The aroma of the cedar fuses with the oils in the salmon giving the fish a smoky flavor.

Where to try it: Tillicum Village on Blake Island, Washington 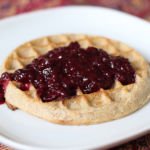 Wild berries are plentiful in the Great Plains of the United States. Wojapi celebrates the wide variety of berries by bringing them together in a thick pudding. Whatever wild berries – like blackberries, strawberries and chokecherries – are readily available, they can be boiled down and mixed together with corn flour (to help with the thickness) and honey (to add more sweetness). The pudding can be used in soups, in pemmican, as a sauce for meats or even dessert, and is enjoyed by many tribes of the Great Plains including the Lakota, Cheyenne and Blackfoot tribes.

Where to try it: Tacobe in Denver or Greenwood Village, Colorado 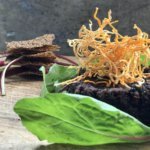 Coming from the Cree word pimîhkân, pemmican is a high-energy food that involves a traditional Native American practice of drying meats. Big game such as bison, deer, elk or moose are dried either by fire or in the sun until the meat becomes brittle enough to pound into a coarse powder. The small pieces of meat are then mixed in with melted fat, fruits and berries. Because it could be stored for long periods of time, pemmican became the choice food for winter and for long hunts. The food was so effective in sustaining travelers and those who had to brave the elements that French fur traders adopted pemmican into their diets. Pemmican was also used by Robert Peary during expeditions to the North Pole.

Where to try it: Find the recipe in Sean Sherman’s “The Sioux Chef Cookbook” 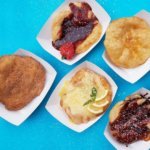 Unlike many of the foods on this list that have traditions dating back for centuries, frybread is a relatively new food born from the need for survival. Frybread comes from the Navajo tribe and the Mescolero Apaches. In 1864 the United States government forced these two nations off of their land in Arizona and made them move to New Mexico. In what would become known as “The Long Walk”, these tribes were unable to farm in the desert, making it nearly impossible to sustain themselves. They were given rations of white flour, sugar and lard from which they made frybread, a thick, sweet disc of fried dough. Though frybread has a dark history, it is still made today and has become a symbol of resilience.

Where to try it: Off the Rez food truck in Seattle, Washington 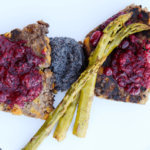 To the Cherokee people, the white-tailed deer is a sacred animal. In addition to being a staple food source, deer provided Native Americans with clothing and tools such as arrowheads and knives made from deer antlers. That is why with Poyha, also known as Native American meatloaf, deer meat, or venison, is the main ingredient. Poyha is cross between a venison meatloaf and cornbread with wild onions, scallions, chokecherries, huckleberries and other wild berries. Poyha also appears in the cuisine of other Native American tribes: tribes from the Plains and from the Southwest replace the venison with bison.

Where to try it: Pueblo Harvest Café in Albuquerque, New Mexico 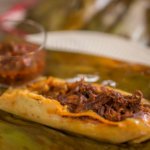 Corn, or maize, is one of the most important ingredients in Native American cuisine. It’s a crop that appears in the Woodland tribes of the north eastern United States all the way to the ancient Aztecs and Mayan civilizations of present day Mexico. And no dish celebrates corn like tamales, a resourceful ancient dish made from corn meal and corn husks (seasoned meats are stuffed into corn dough and steamed inside the corn husk). Tamales originated in Mesoamerica as a portable food eaten on long trips by the Olmeca, Tolteca, Aztec and Mayan civilizations.

Where to try it: Learn to make tamales with a cooking class from The Feasting Place in Ohkay Owingeh, New Mexico

Kae Lani is a Philadelphia-based writer who regularly writes for USA Today and the new feminist travel magazine Unearth Women. She discussed a famous travel quote from Mark Twain in MO/AD Magazine Issue 02.

“Home” isn't just where the heart is. It's something more personal.

Modern Adventure seeks the brave, the joyful and the curious. Join our community and receive first access to new destinations, exclusive content and travel inspiration. Join us.