Dan Oberlatz lived in California until something bit him on a trip in Alaska: the wild. He became fascinated by seeing how far you can go into bush country. He moved deep in, with the goal not of getting off the beaten track, but of getting off any track. Modern Adventure is honored to travel with Dan this summer, on our upcoming Alaska Backcountry trip. We asked Dan a few questions about Alaska's irresistible call of the wild. 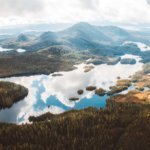 We’re interested in the power and reward of traveling to “trails less traveled.” But in your case, it’s really beyond even that, isn’t it?

When I first came to Alaska, it was like a big canvas of untouched potential. And I’ve been drawing lines on that canvas for 25 years. I love the thrill and the notion of exploring wilderness areas that’s seen little to no visitation. And Alaska has abundant areas like that. Many that have never seen a human footprint. So you really can’t say “trails less traveled” when there are no trails! 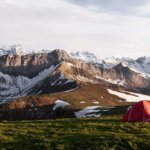 What are the the greatest rewards between hiking on trails and hiking without them?

Physically, the movements are more complex than walking on a trail. You can’t let your mind wander. You have to think about every step because you don’t want to get hurt when you’re 200 miles from a road!

Because of that there’s great satisfaction at the end of the day. When you set up a campsite, it’s entirely possible it’s place where no one has ever camped before. There’s just so much more freedom I think. Hiking off trail, and finding your way through the wilderness. It’s extraordinarily liberating. 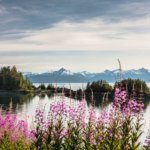 About the opposite of this is “overtourism,” which is a hot topic in tourism lately. Do you feel it in Alaska too?

Yes, we see it in Alaska too. The cruise industry is growing by an order of magnitude every year. More ships, bigger ships. And there’s an impact on those communities that rely on it in Southeast Alaska as their bread and butter. They’re having real conversations about the impact and what this growth looks like. It’s not insignificant.

But by contrast, you still have 360 million acres of real wilderness in Alaska. Including all these national parks like Katmai that only a few thousand people go to each year. And even then, mountain travel in these national parks is still in its infancy. It’s fun to still able to go out and explore. Just get on Google Earth, draw a line in the wilderness, then plan a trip and go do it, you know? 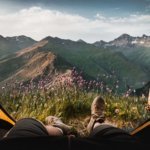 We’re looking forward to visiting Katmai National Park with you. It’s not a park many outsiders know about, but something that’s high on Alaskans’ bucket lists, isn’t it?

Yes, Katmai is really one of those mythical parks.

It’s the land of the grizzly bear, or brown bear as they call them on the Alaskan peninsula. If you’ve ever seen photos of brown bears catching salmon in their mouth, that’s probably Brooks Falls in Katmai. Alaskans definitely know about the place. It’s a big national park. Roughly four million acres, twice the size of Yellowstone.

In addition to Brooks Falls, it’s got plenty of other real estate that’s massive and untouched wilderness. Places where you won’t see another person. And that’s where we like to go. 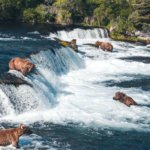 You see a lot of animals out there. Any favorites? 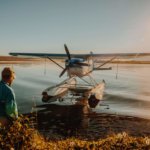 Seven days of Alaskan wild with Modern Adventure and Backpacker magazine. Float planes, backcountry campsites, snowcapped peaks, glacial lakes, and the rare opportunity to watch grizzly bears safely in the wild. This trip in September 2019 will be incredibly special.