From Tbilisi to Kakheti and Kazbegi

Per person, based on double occupancy

Seven thousand feet above the world, you breathe in pine-scented autumn air. Behind you, a two-thousand-year-old church soars against the craggy, snow-capped horizon. You’re in the small, mountainous Republic of Georgia, cradle of civilization, birthplace of wine. You’ve already experienced the bounty of the harvest, sampled silky local varietals you’re still struggling to pronounce, all prefaced with the heart-felt words from a local tamada toastmaster. Somewhere down there, a rustic tavern lunch awaits, rich with saffron, garlic and pomegranate. But you’re in no rush. In this moment, up here with the eagles, your sole focus is to drink in the sky.—

Your companions on this exquisite journey are Nicholas and Leslie Goellner. Their Kansas City restaurant, The Antler Room, has gotten the attention of Bon Appetit, Food & Wine, Wine Enthusiast and the James Beard Awards for their globetrotting menu and focus on natural wines. For Nicholas, this trip is the culmination of a lifelong passion for Georgian culture and cuisine: “I couldn’t tell you another food culture that’s actually made such a significant impact on the cooking that I do.” For Leslie, it’s a rare chance to experience Georgia’s natural wines: “With so little access to small-production organic wines, this truly is a once-in-a-lifetime to taste directly from the source.”

You might not know much of Georgia, or why it’s the world’s next big thing. That changes when you sit in cozy taverns where locals break out in polyphonic song, over tables piled high with platters of basil and dill, sharp sheep’s milk cheese, robust stews and delicately sauced beans. By the end of this journey, you’ll be energized, inspired and hungry for more of Georgia’s traditions, hospitality and beauty.

Georgia's aromatic flavors, the secrets behind baking our own traditional khachapuri cheese bread

The bounty of the harvest, the joyous rituals of the tamada toastmaster, with some of the world's oldest wines

With the traditions of an ancient culture, with Leslie & Nicholas, and the timeless grace of Georgian hospitality

3 Reasons to Travel with Leslie & Nicholas

Nicholas and Leslie Goellner are the passionate duo behind Kansas City's The Antler Room. Nicholas is not your typical chef. He trained as an Olympic fencer, and worked as a congressional aide before switching gears and attending the French Culinary Institute in New York. Leslie managed top NYC and SF restaurants before returning home to Kansas City where she met Nicholas. One night while watching Anthony Bourdain: Parts Unknown, they discussed Nick working at Noma in Copenhagen. It was the beginning of a whole new chapter, one that left them ready to take on their next globetrotting adventure.

“My favorite types of food cultures are the ones where you have something familiar—you've had these spices before—but you've never had them used this way before,” says Nicholas. “That to me is what I love about Georgian food. I mean, it's a tiny country. But man, it's has a loud voice when it comes to food.”

“We’re going to taste wines that aren’t exported at all, because they're only made for one family's consumption. That’s one of the coolest things you could possibly taste, something that's so unique to the place that unless you go, you're not going to experience it.”

Back to the Beginning

The Georgian mother of a childhood friend opened Nicholas up to the world of cuisine. “I realized that if I'm going to cook for a living, the kind of food I want to make is the kind of food that you need to keep on coming back. Georgian food is all of those things to me.”

More than a just a hotel, this erstwhile Soviet publishing house is the kind of atrium-like crossroads where everyone turns up sooner or later, from black-clad artists just back from Berlin to local politicians and homegrown hipsters. On weekends you’ll find them all here, drinking cocktails in the library and enjoying breakfast at the lavish buffet, piled high with enough jewel-like fruits, jams and pastries to inspire a Dutch Master.

Once a spa for the Soviet party elite, this lovingly restored, charmingly geometric hotel is perched high in the Caucasus mountains. Of course, there are floor-to-ceiling windows throughout, ensuring that wherever you are—nestled in bed, curled up in a hand-crafted wicker chair on the sweeping terrace, swimming in the reflecting pool—the snow-capped peaks are so close it seems you can just about touch them. 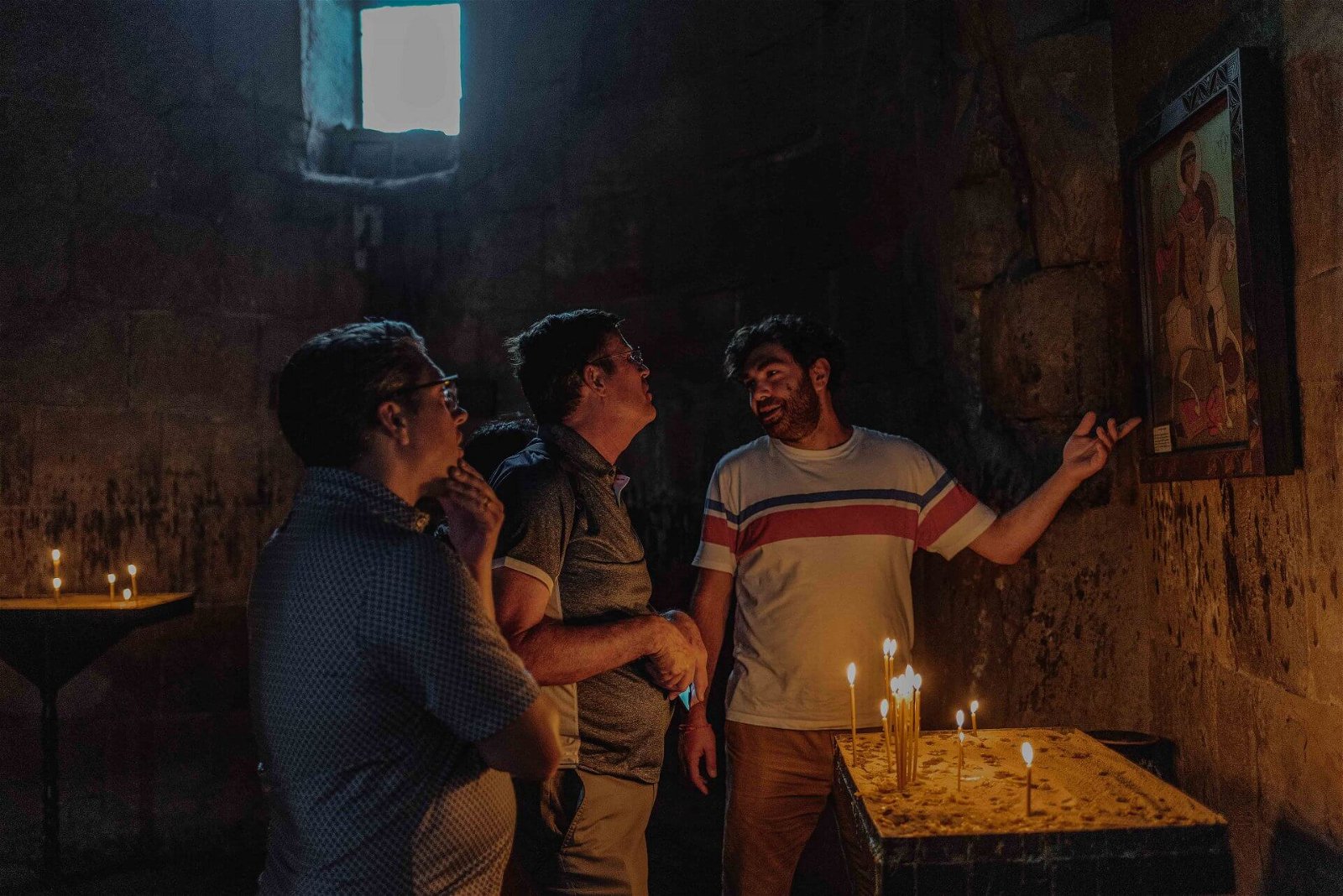 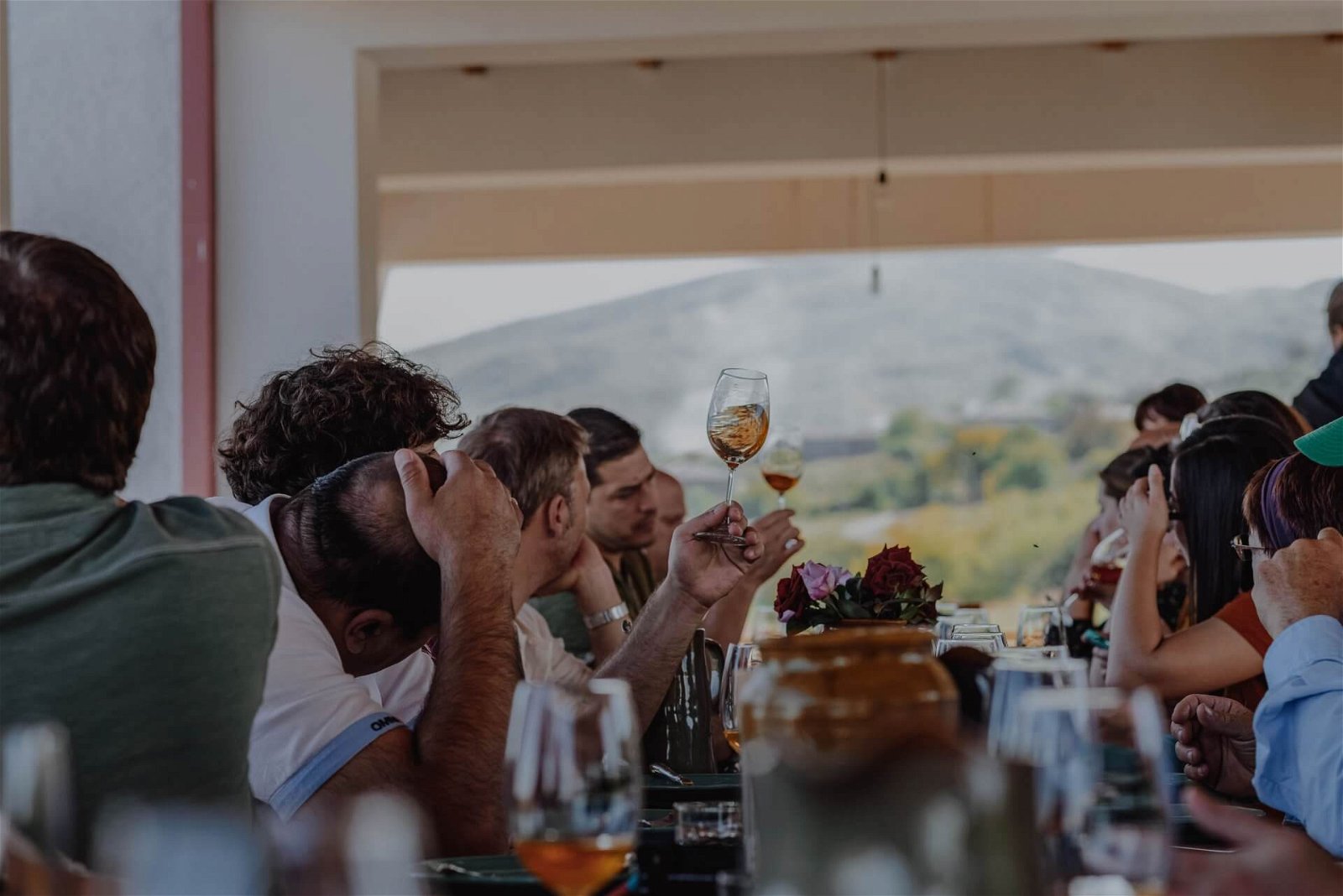 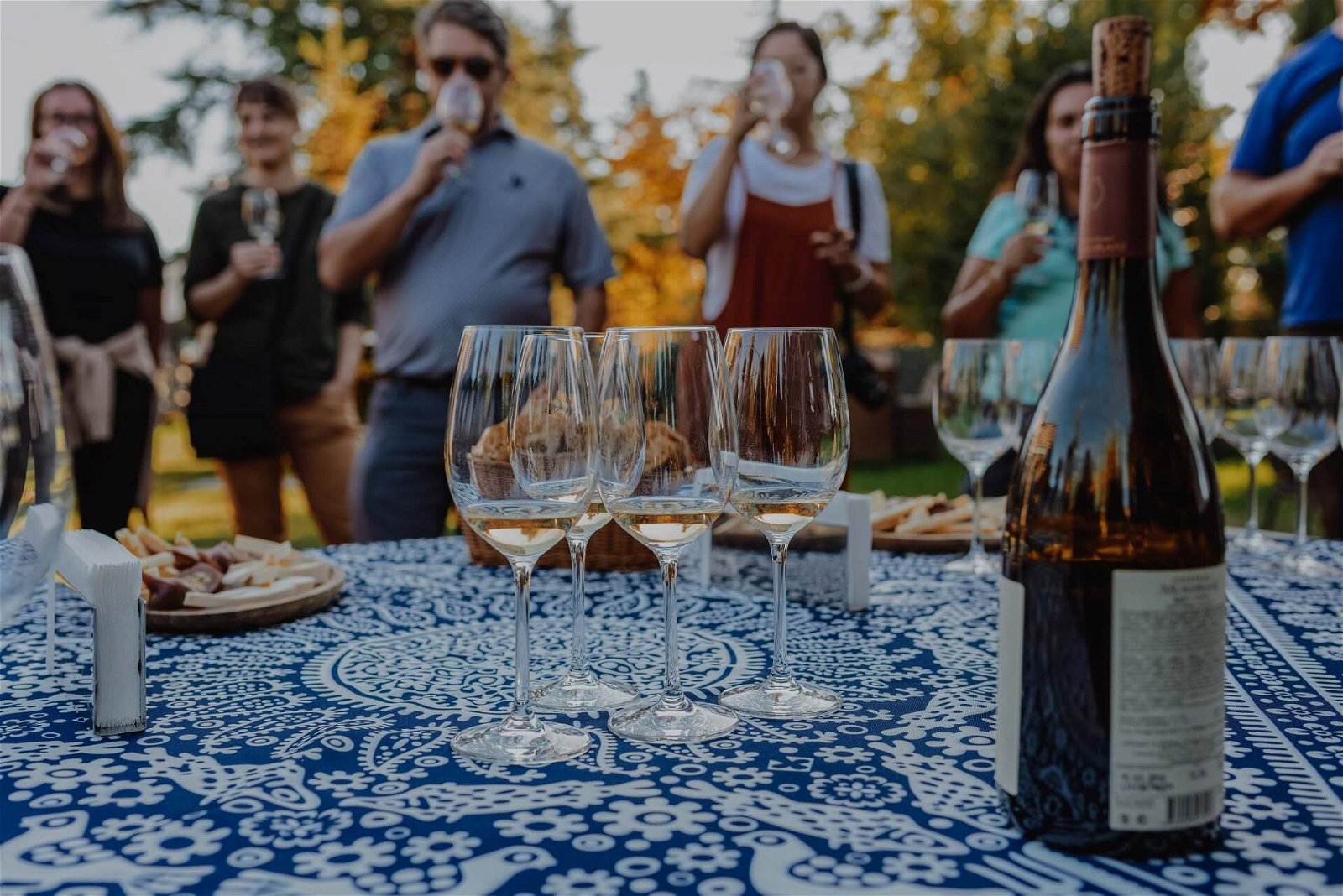 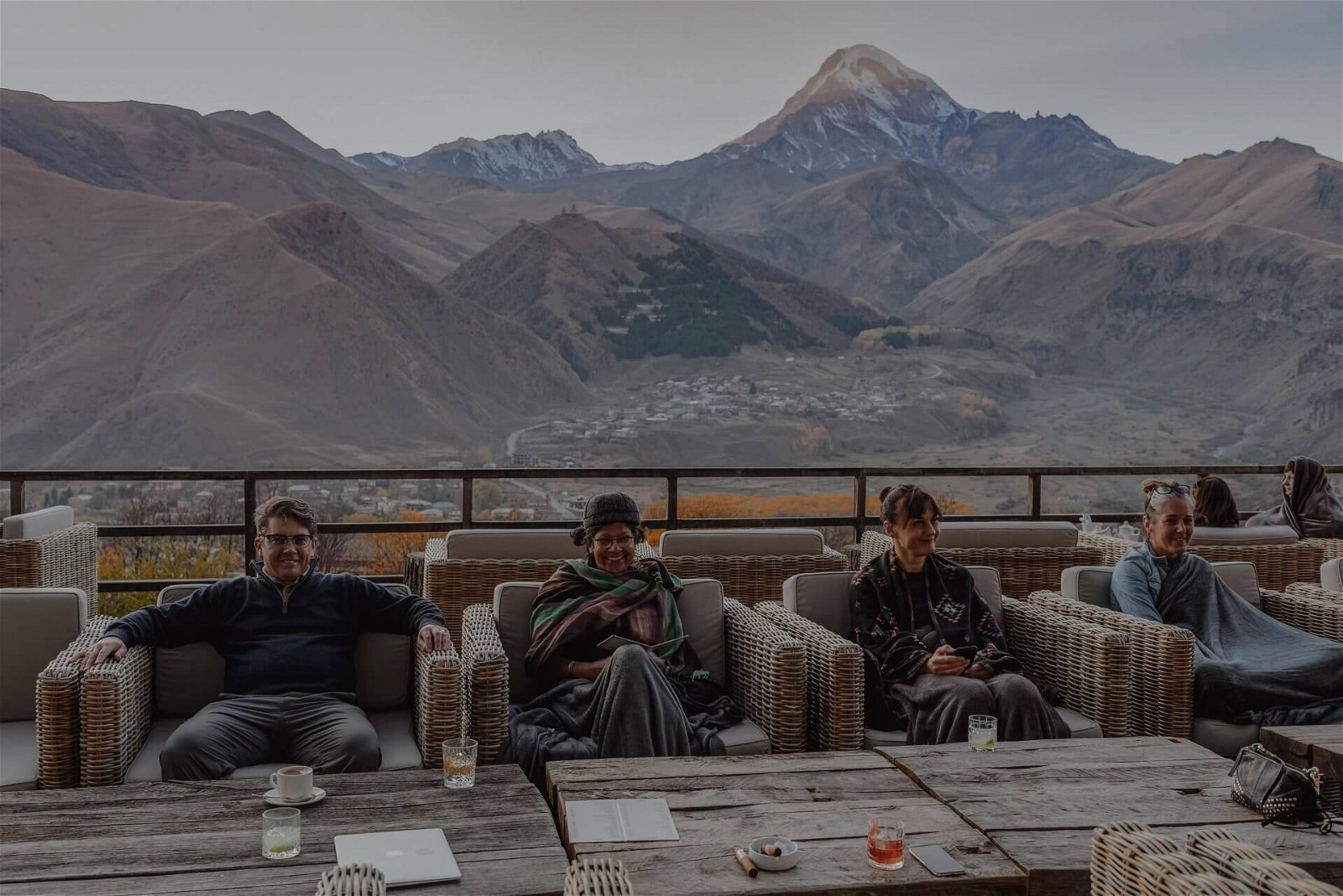 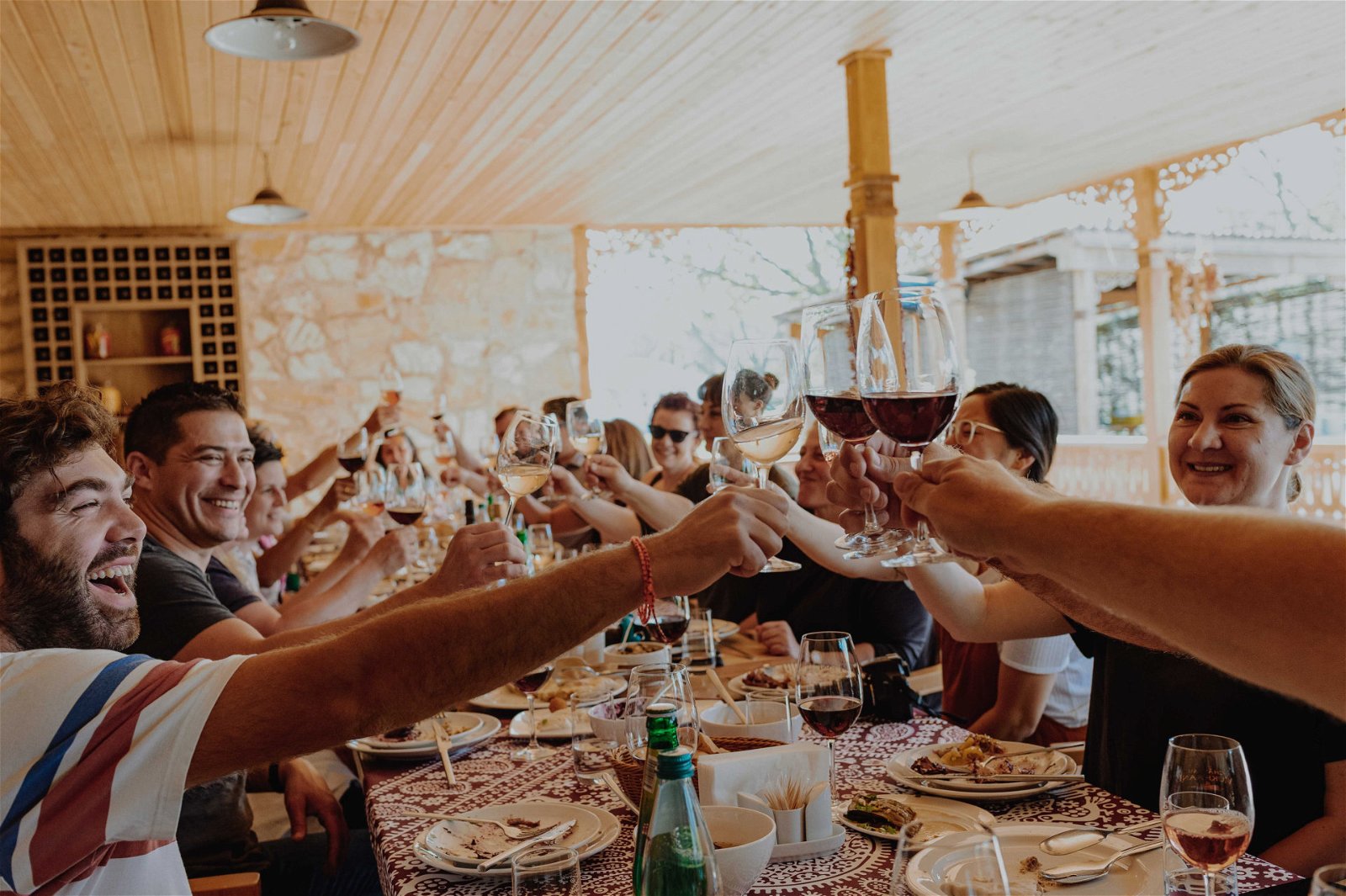 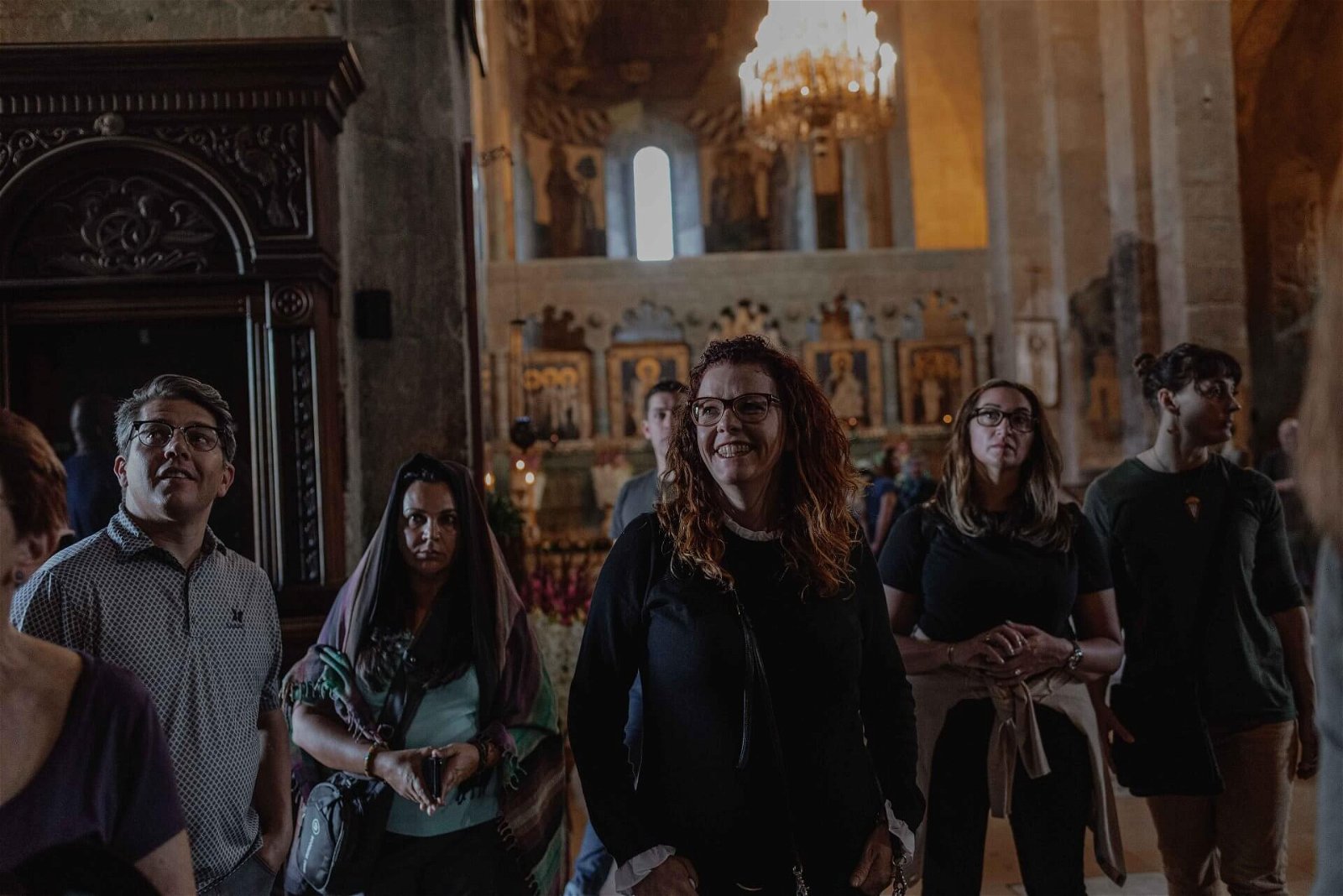 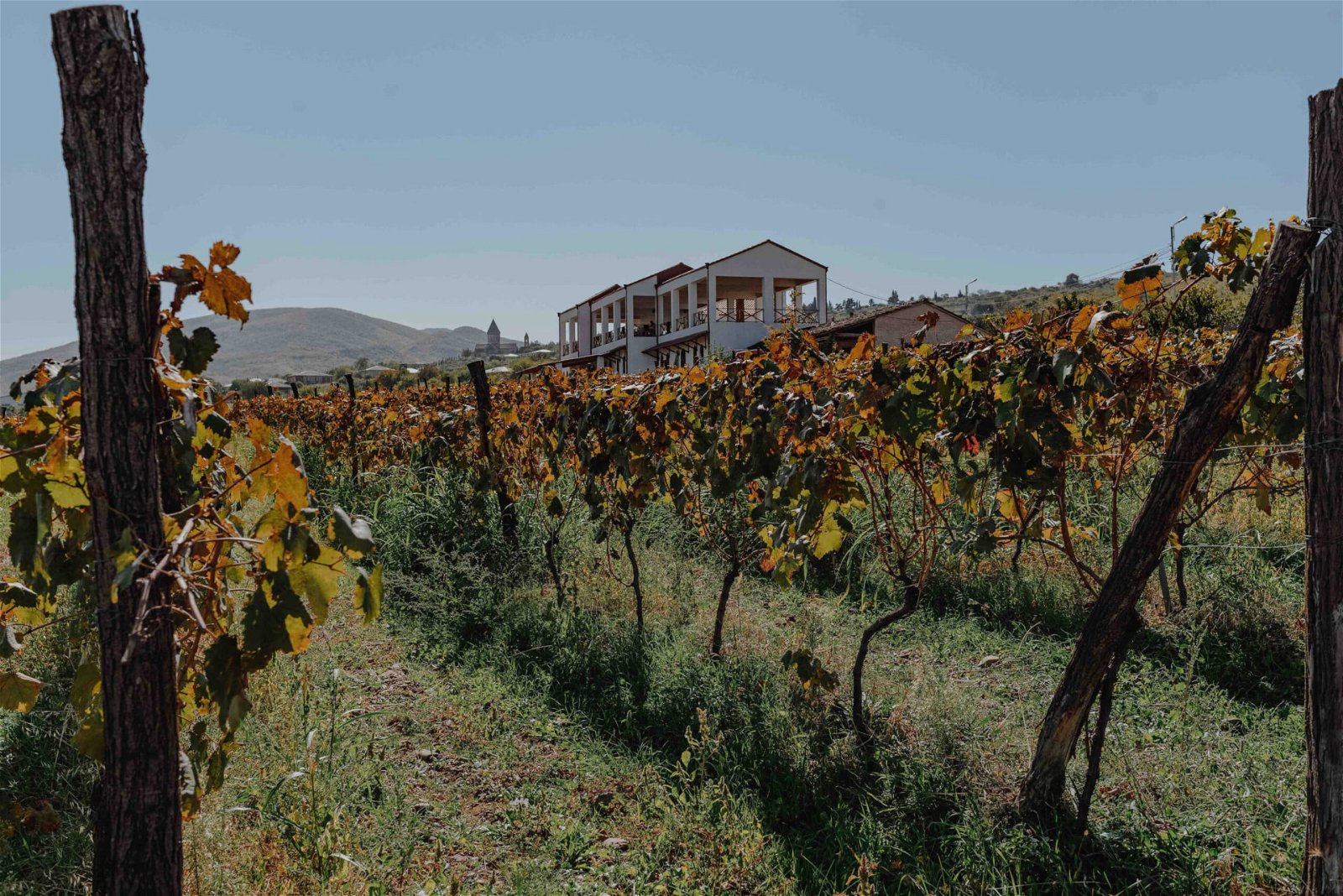 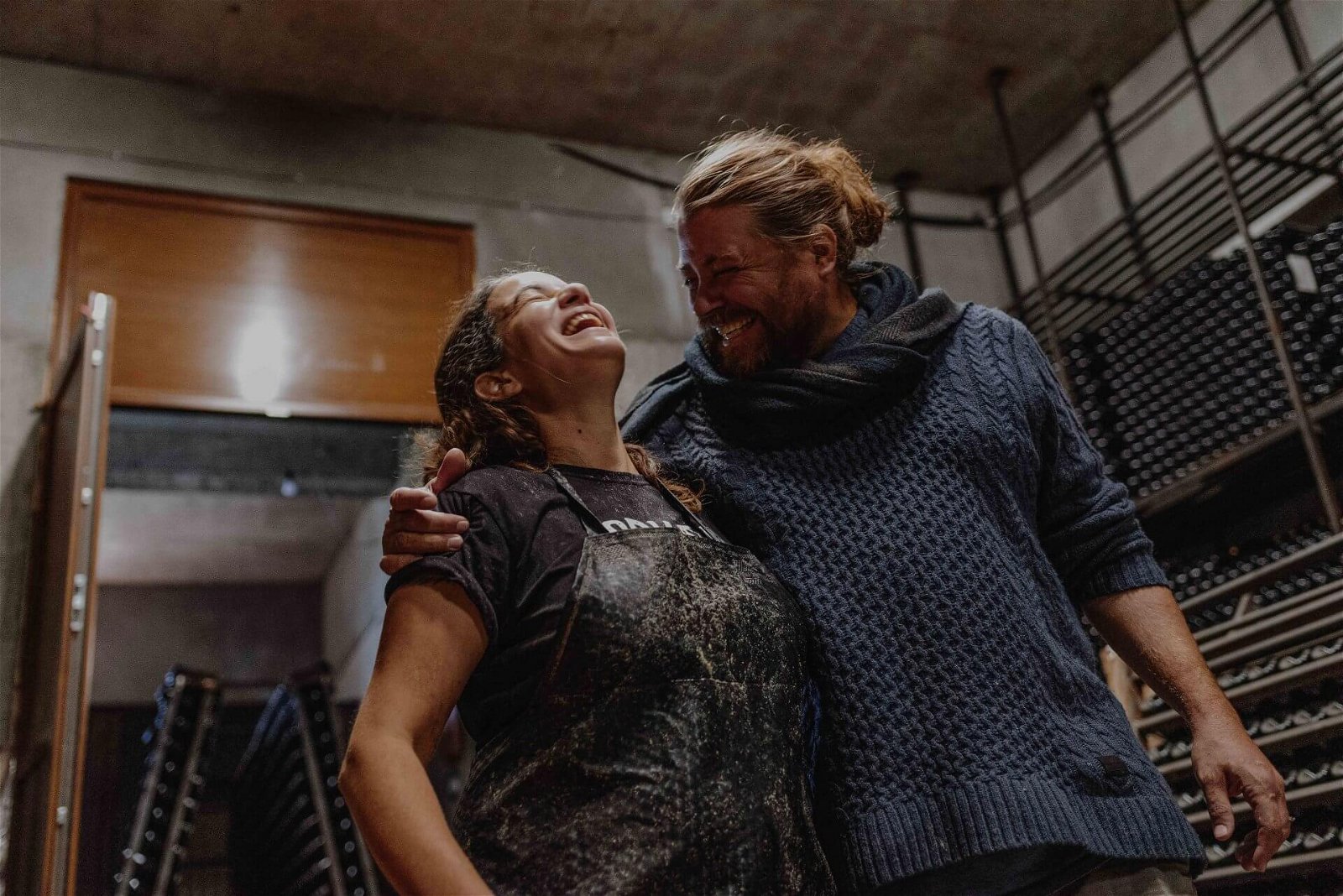 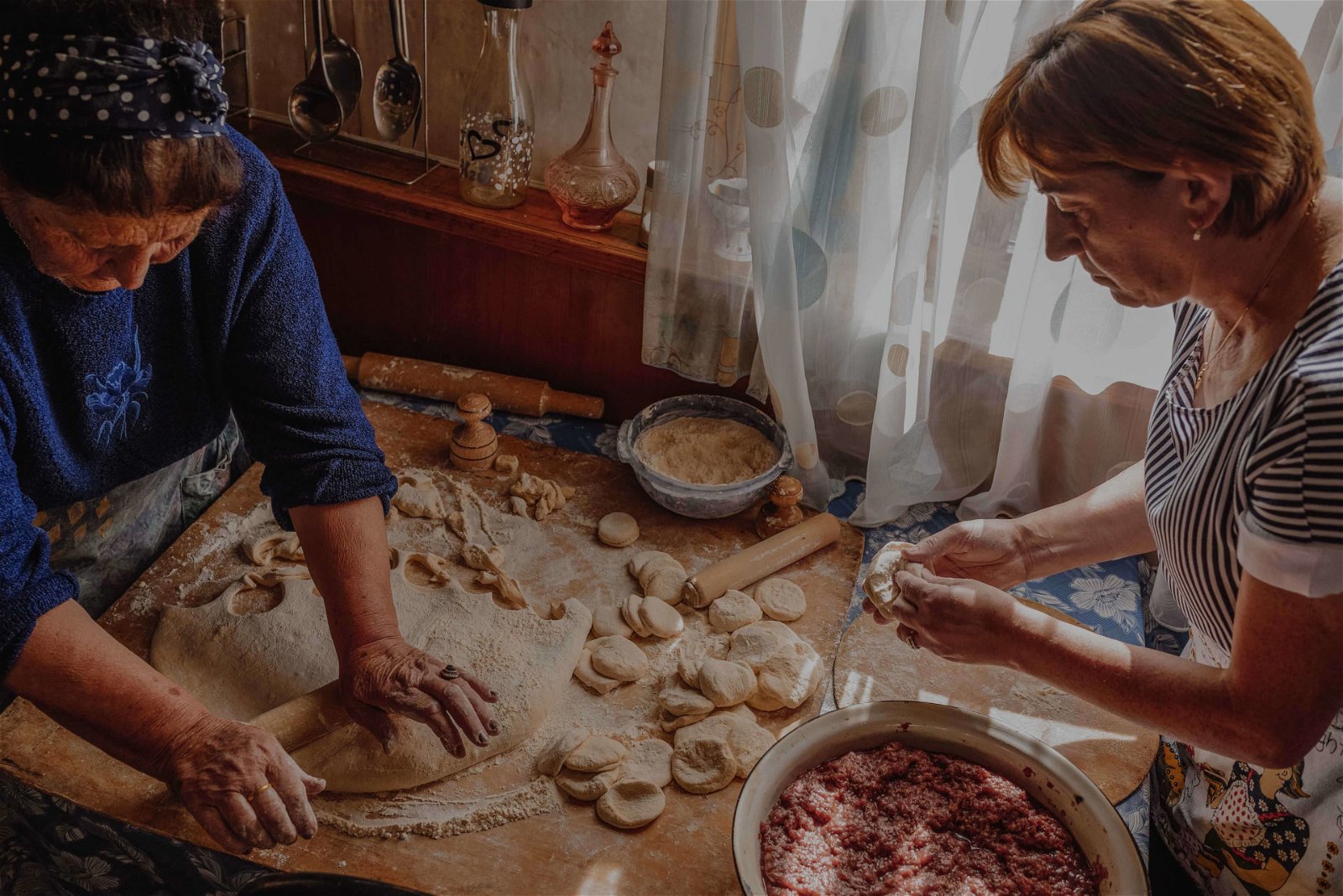 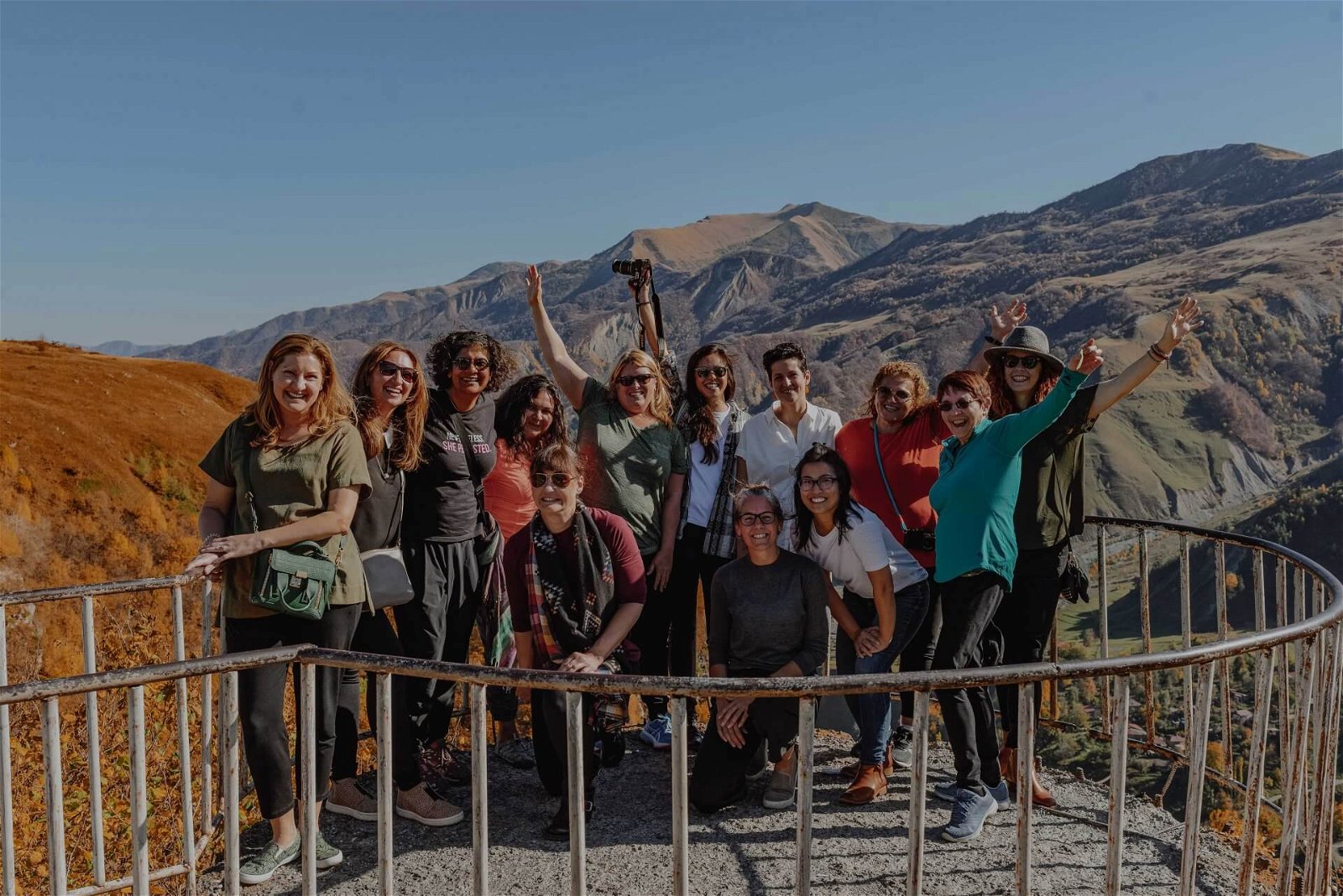 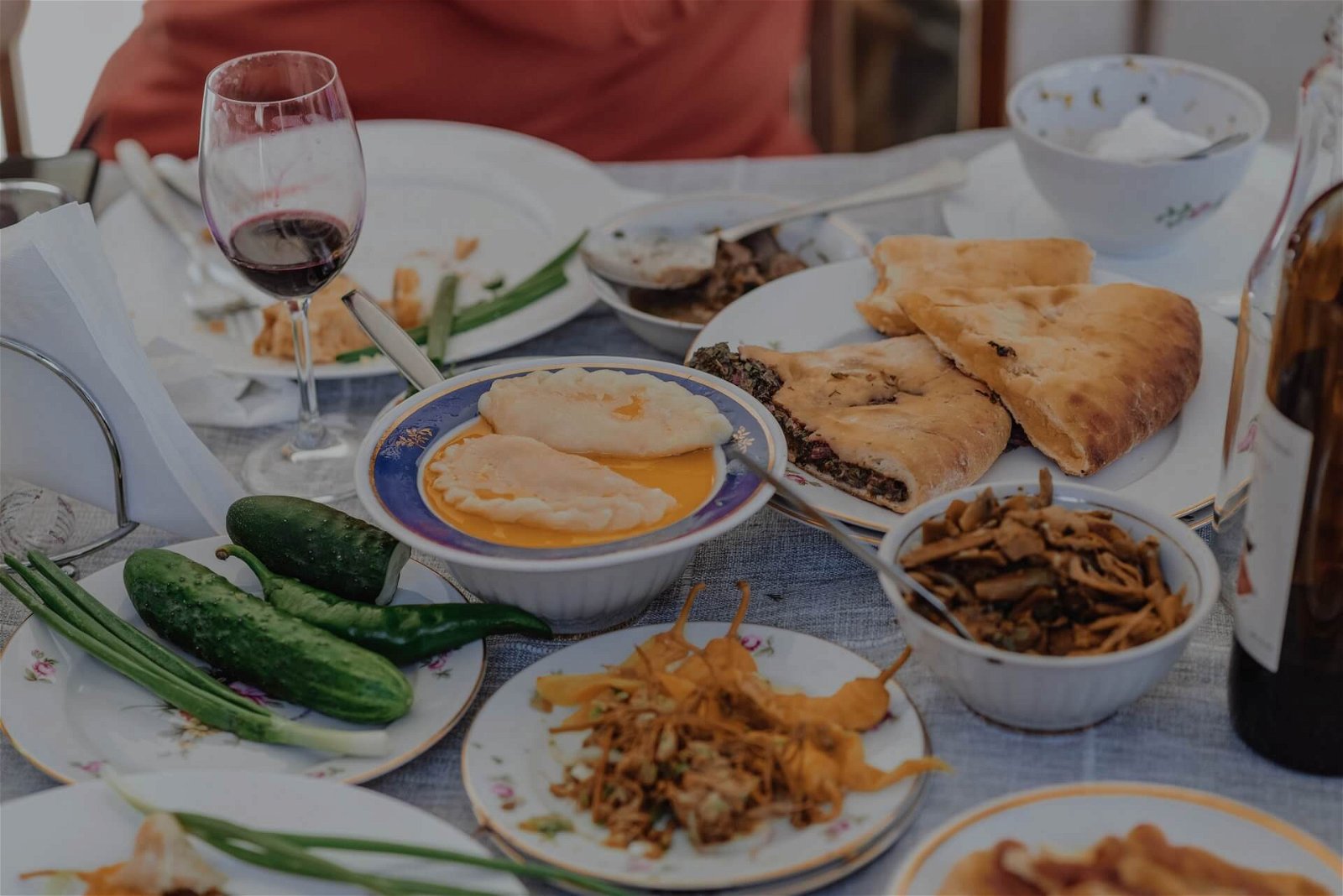 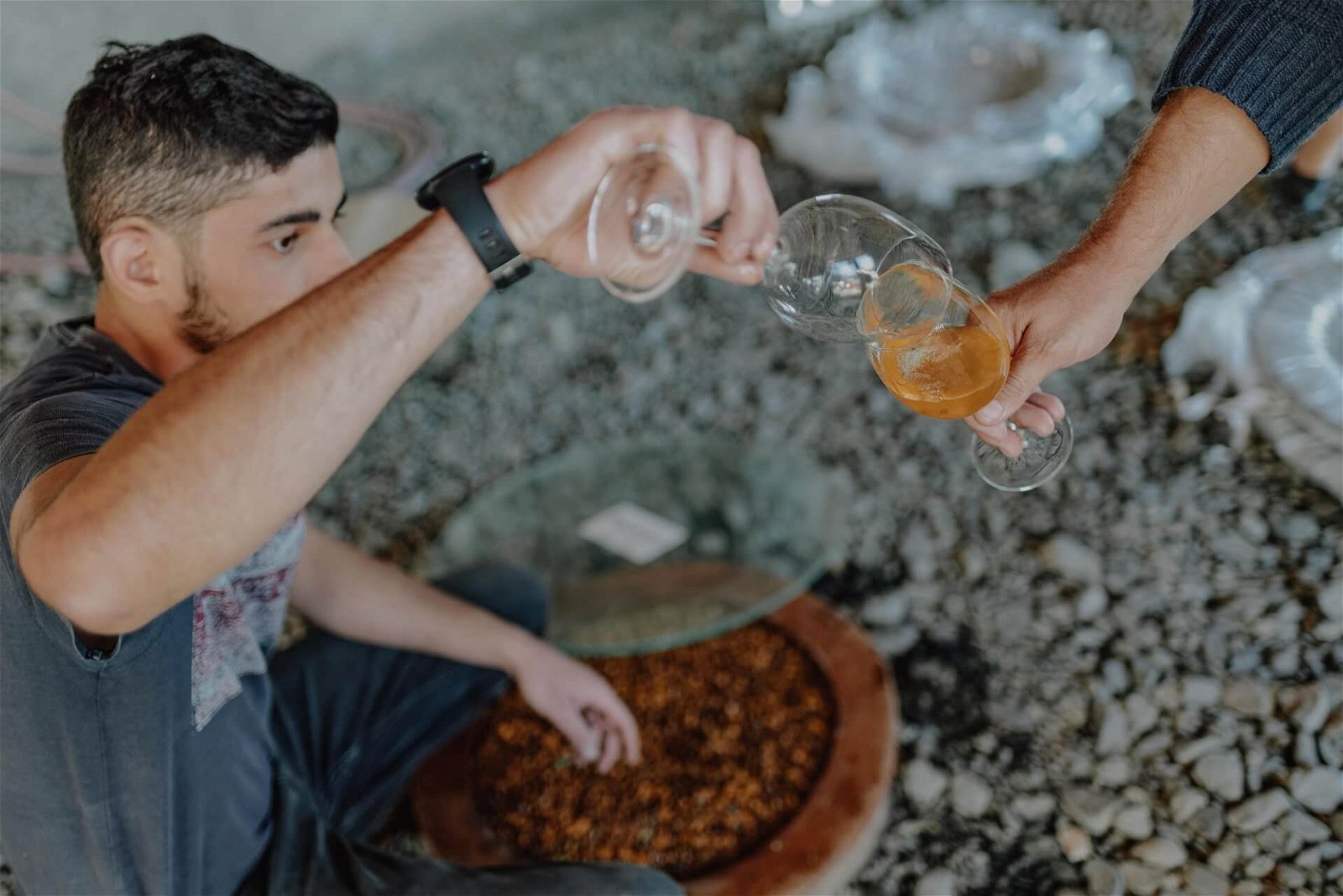 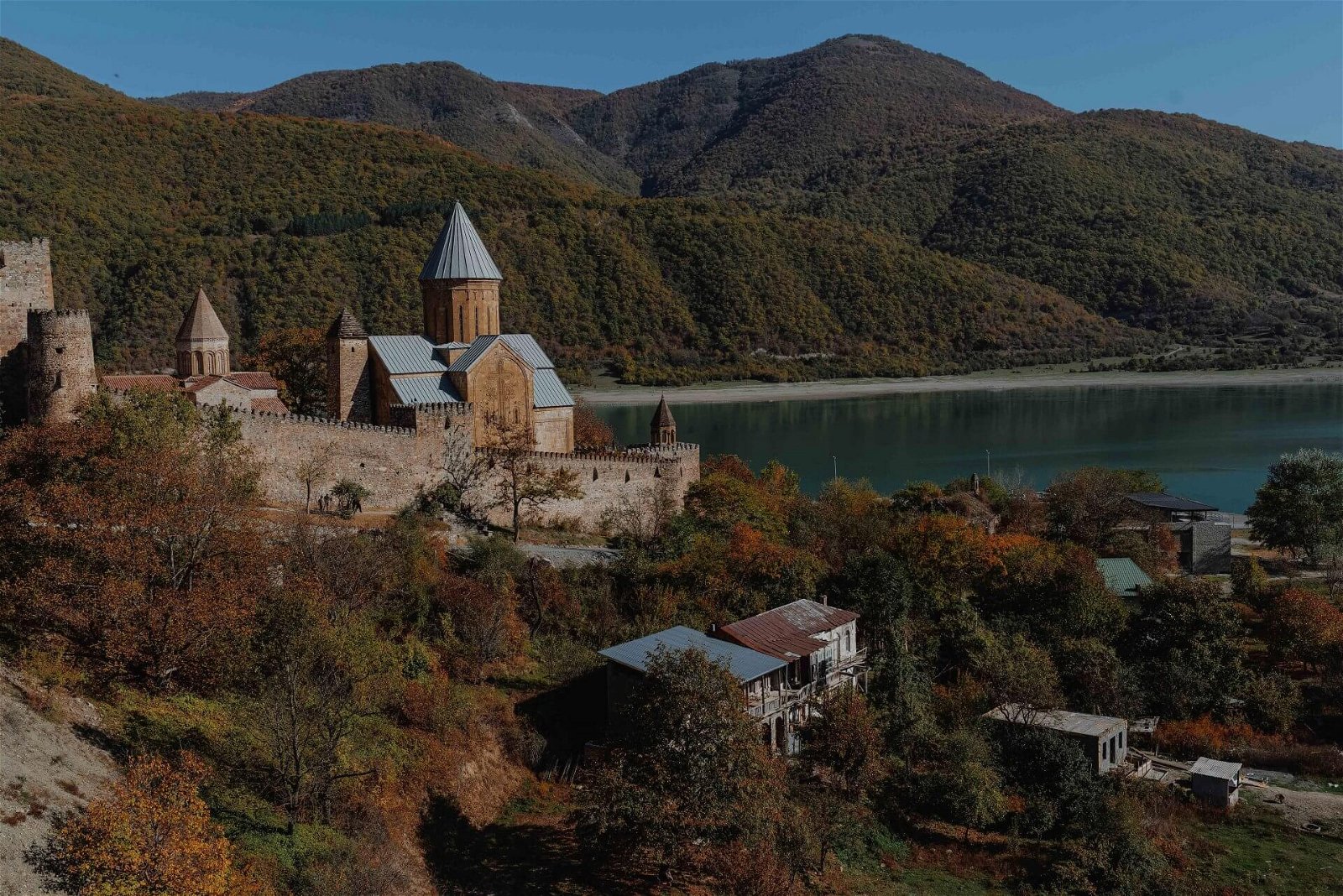 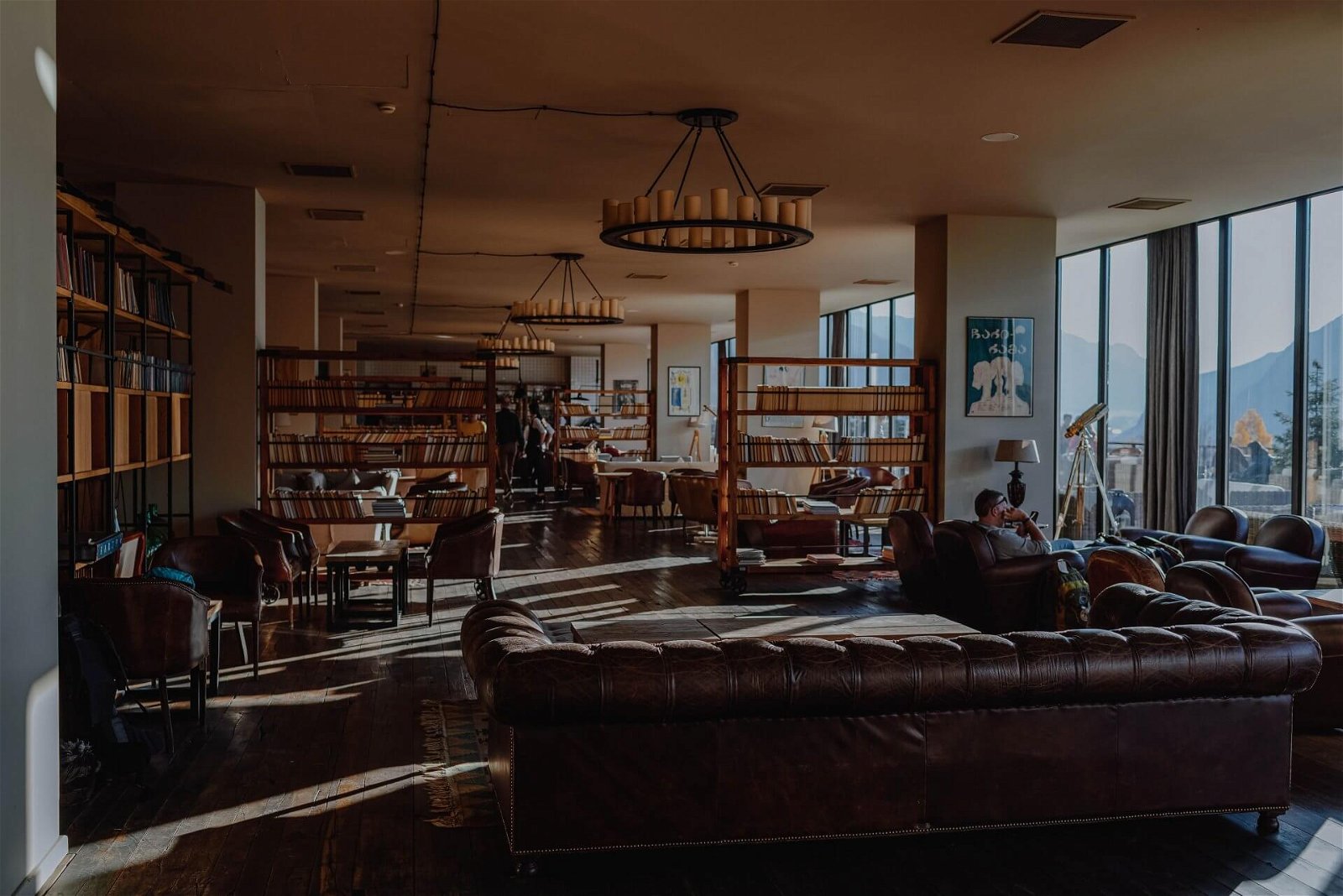 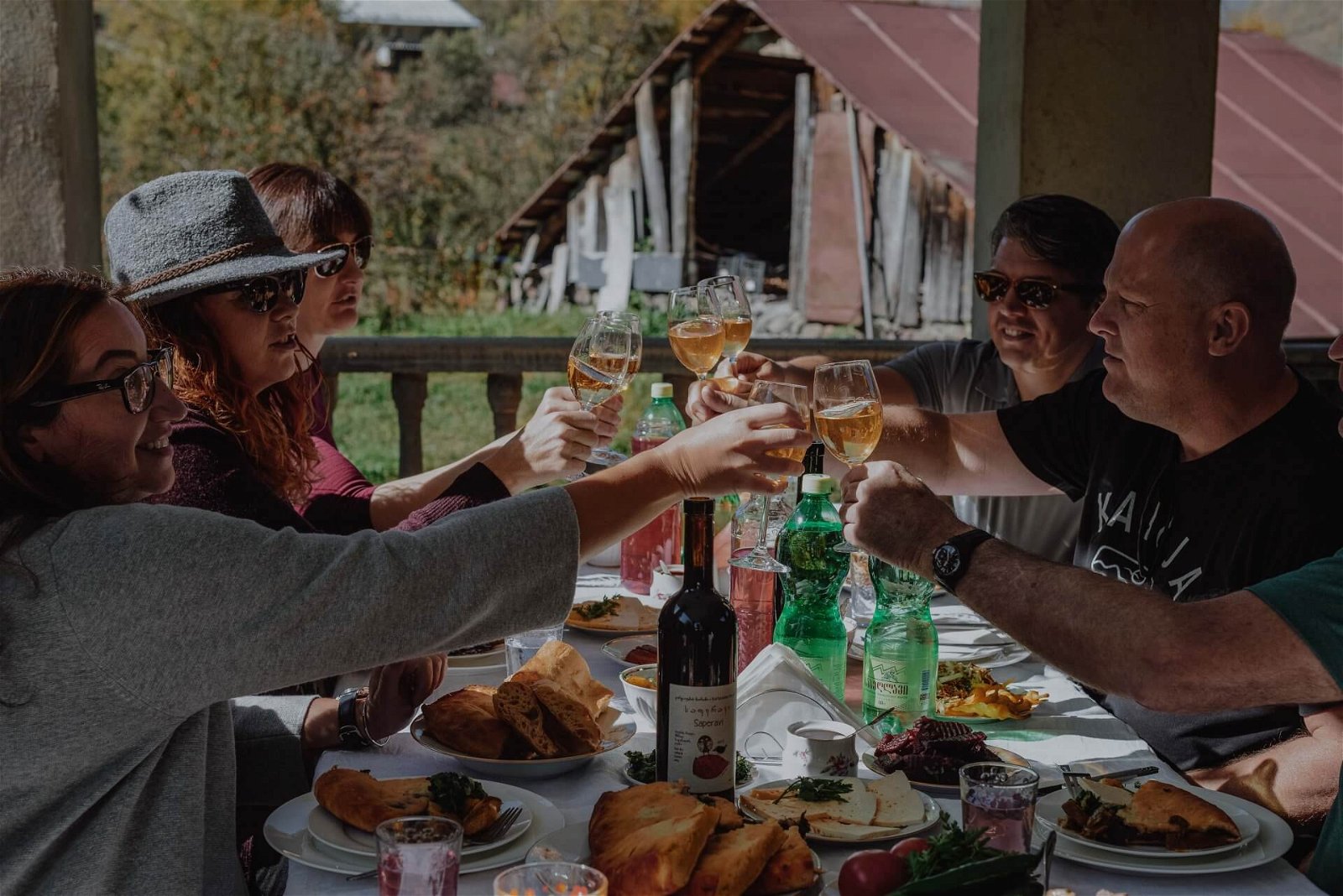 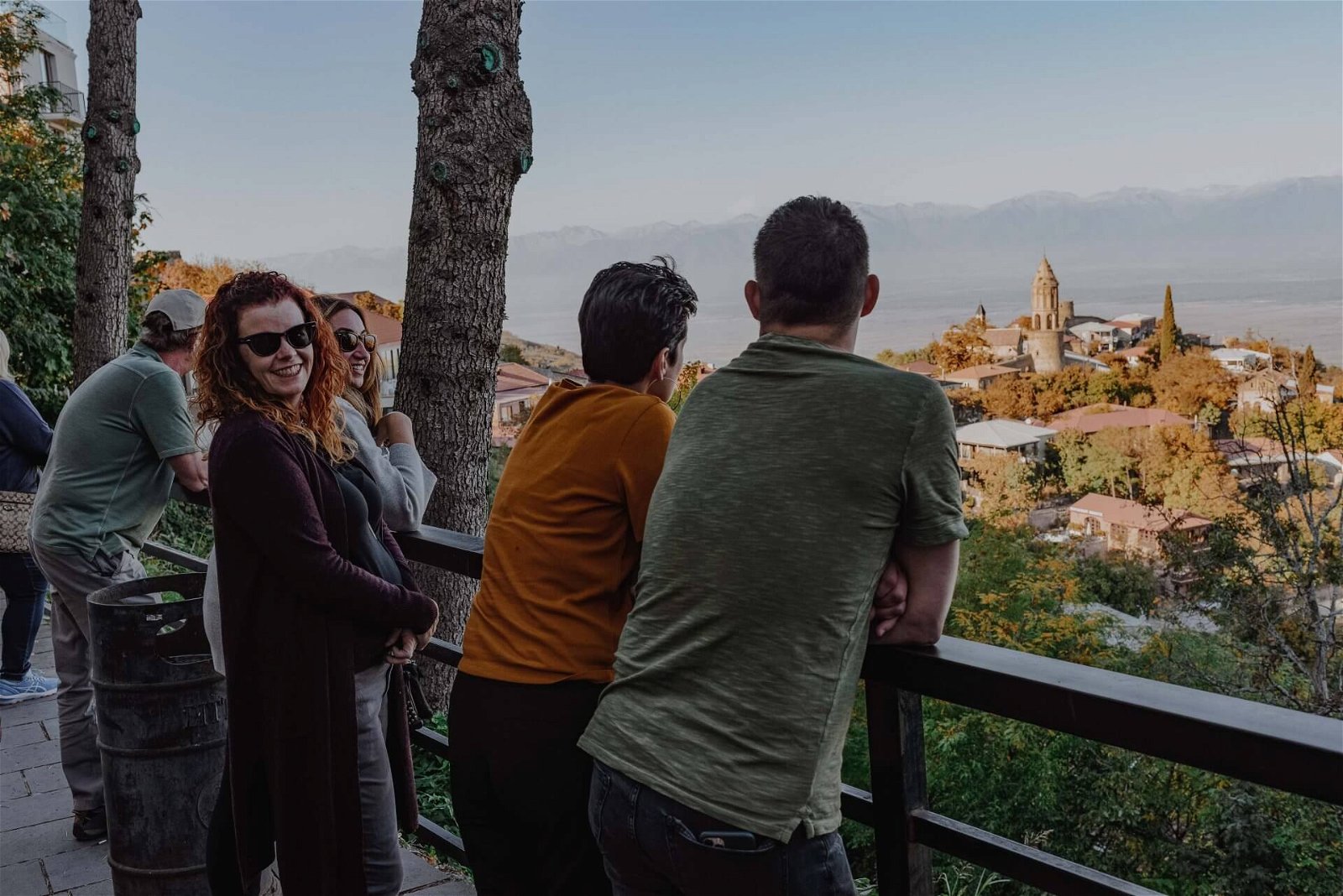 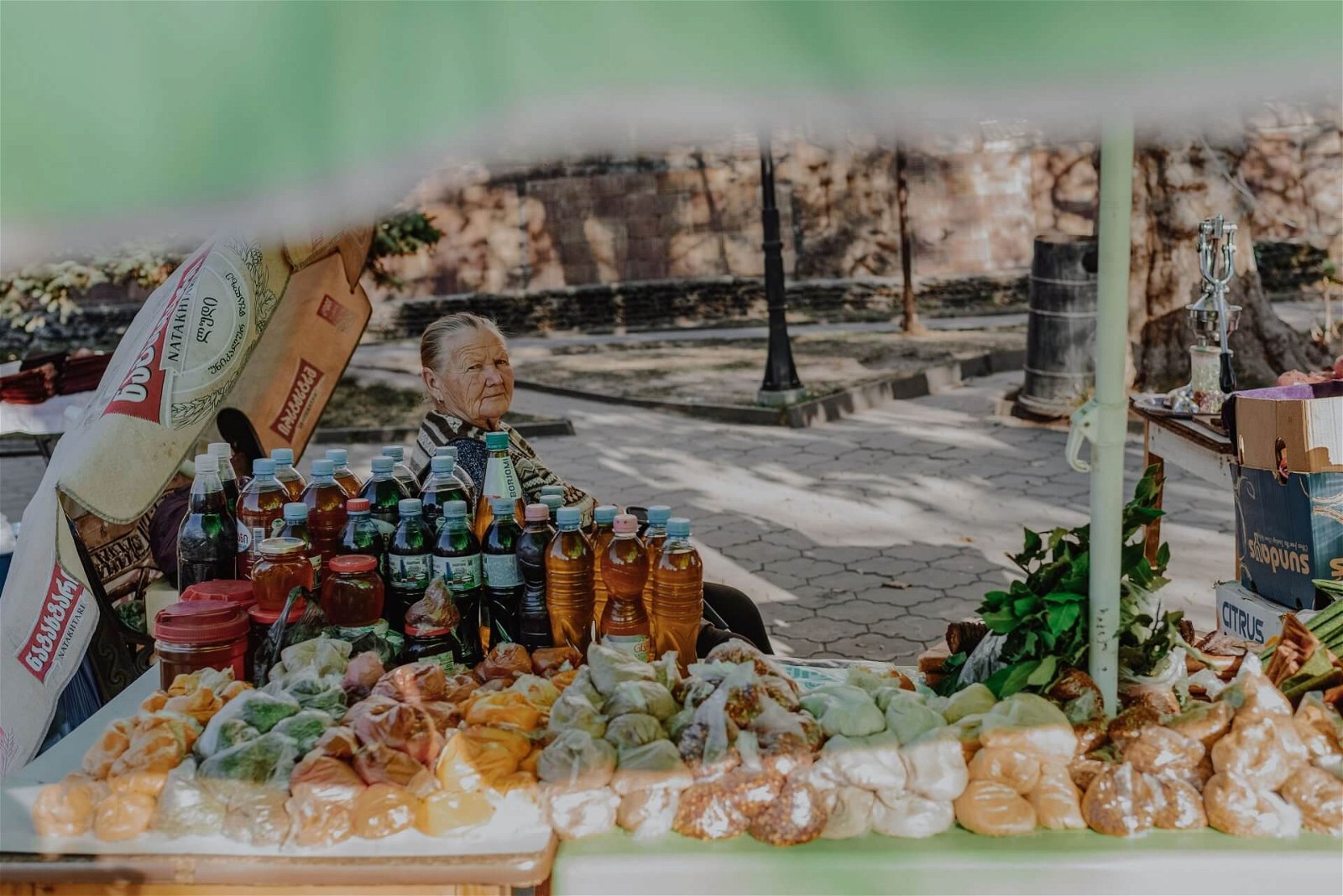 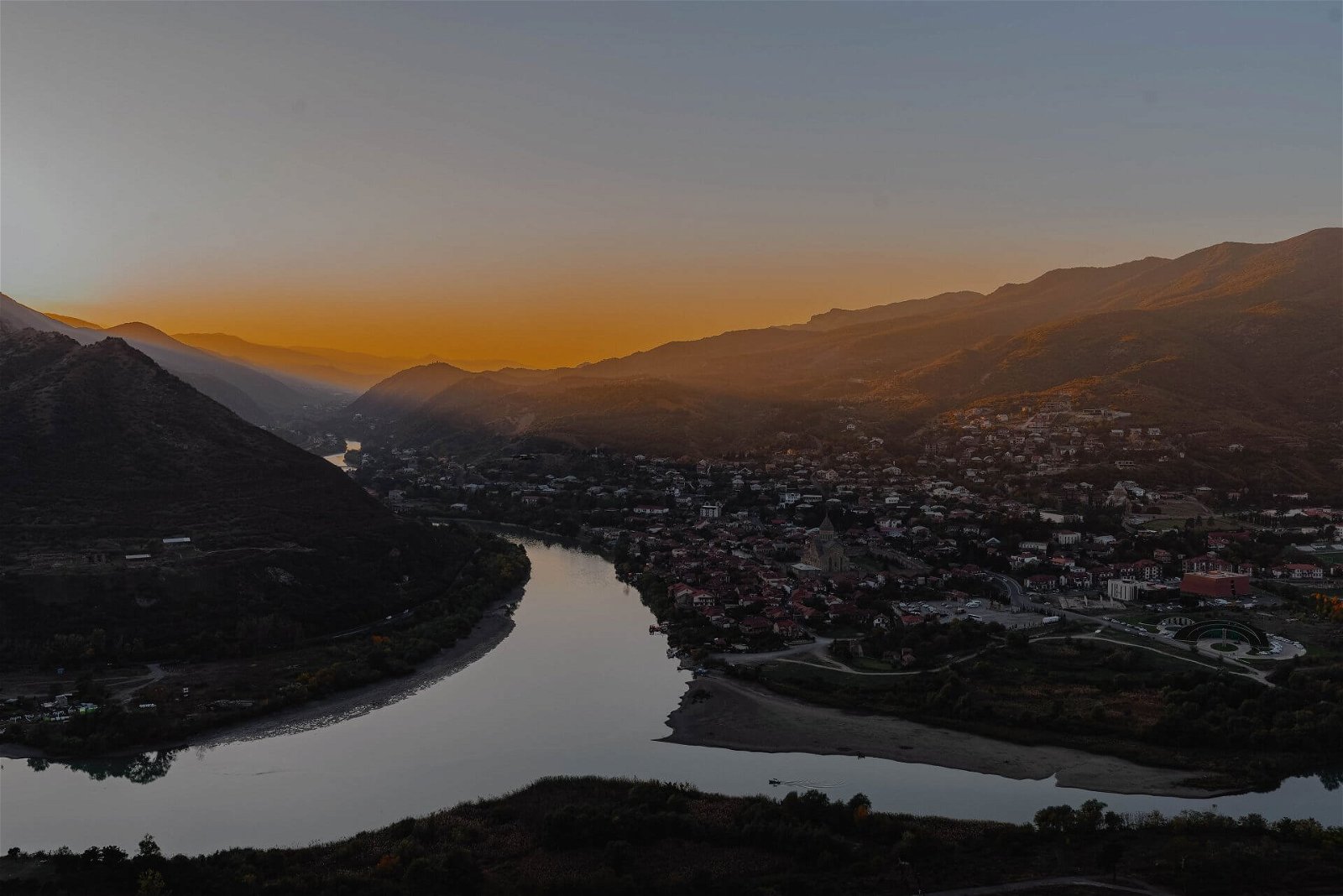 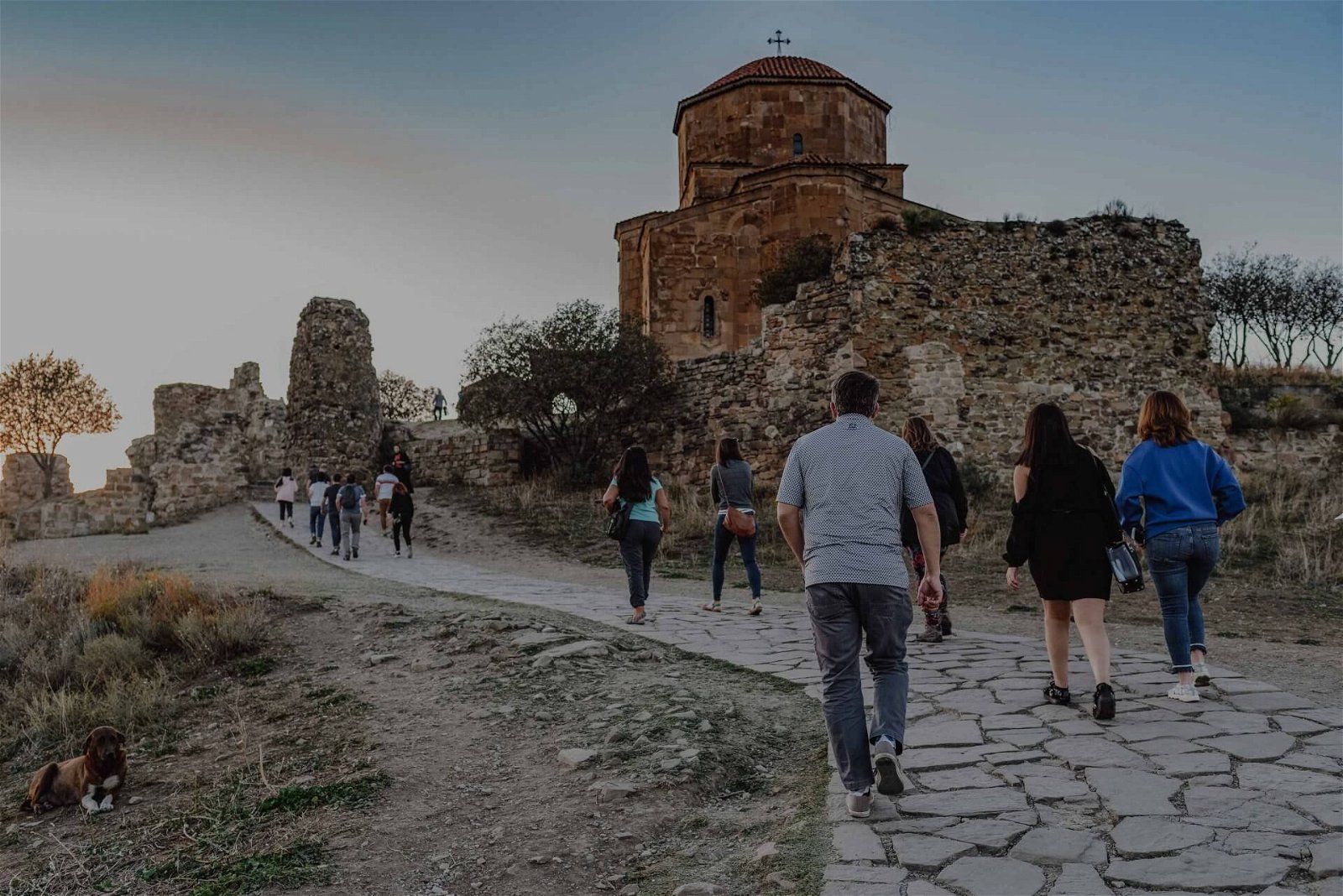 Per person, based on double occupancy