How to Fall in Love with Eco-Packing

The World is Divided (By Plastic)

You’ve heard about the Summer of Love. Well, 2018 is set to go down, according to the Wall Street Journal, as the “summer of the plastic-straw ban.” That’s because last month, Seattle became the first US city to ban plastic straws. San Francisco soon followed. The Queen of England, too. Now companies like Marriott, Starbucks and Anatara Resorts are phasing out the little plastic tools used to sip beverages.

Not every one feels that way. Some are even eco-shaming the so-called #LastStraw movement. (A few critics even likened their defense of straws with AR-15 semi-automatic assault rifles. Alas.)

Regardless of where you stand on the right to suck your drink, plastics are undeniably choking our oceans. Each year, a trillion disposable plastic bags are used and millions of tons of plastic gets dumped into the ocean. (You may recall the viral video of a stuck straw dislodged from a sea turtle’s nostril last year.)

All this is serious stuff. And even though we can’t rid our plastic-dependence in one fell swoop, we can take the following steps on our next flight or road trip to minimize our impact. 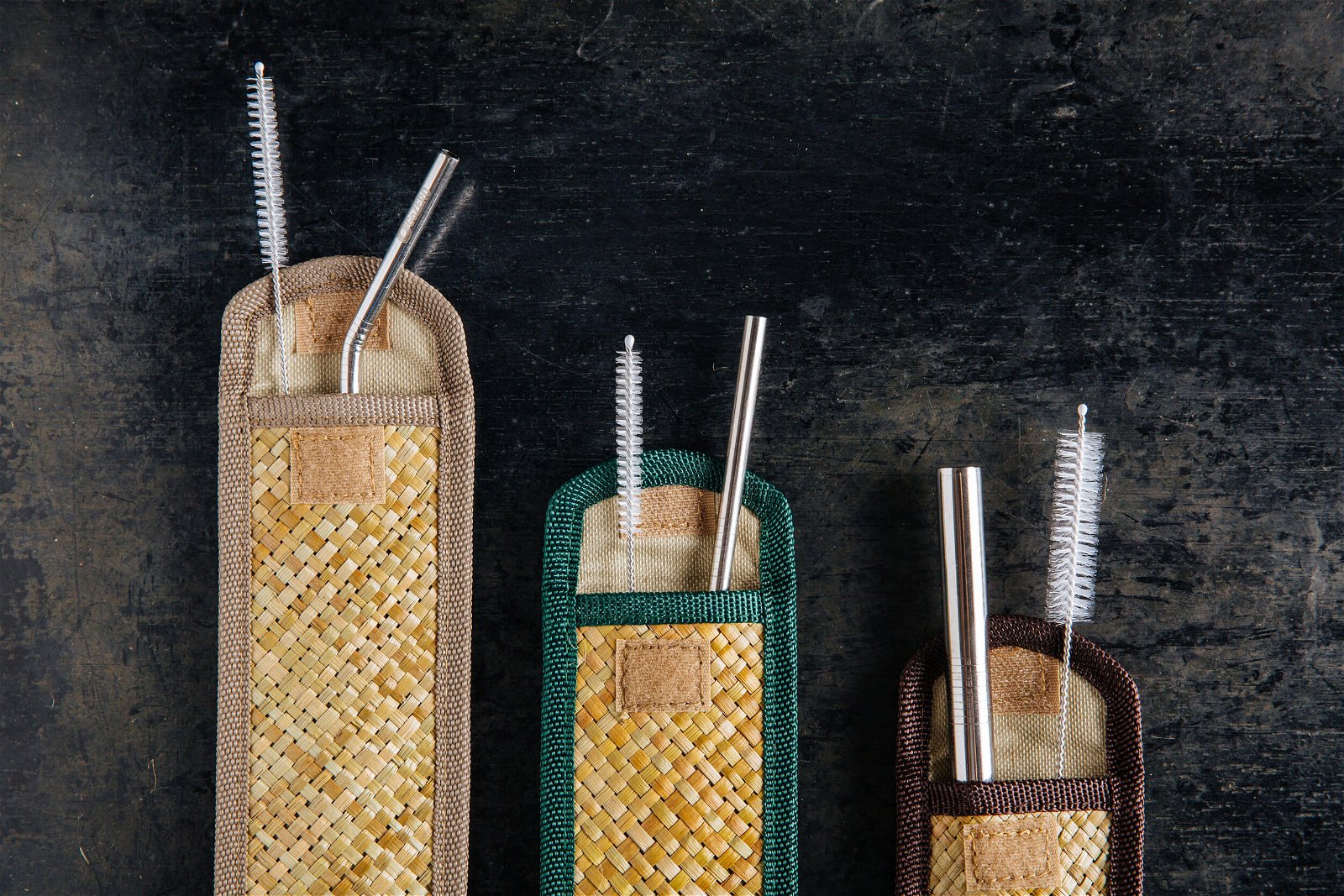 We know you. You loved going to Army Surplus stores as a kid to get those lightweight tin bowls and canteens – and “sporks” – then take wilderness adventures in your backyard. Looked at the right way, eco-packing is like that. Treat it like “camp” and make it fun. Here’s how:

They’re refillable and reduce our use of plastics. The sleek 12-ounce MIRA bottles ($12.95), in 14 colors, caught our eye. You can get your ice tea orders here, or refill from water fountains.

Use a refillable coffee mug

Cutting out coffee altogether is fool’s talk. But many cafes give discounts to customers using insulated mugs. The 12-ounce Hydro Flask keeps your beverage hot for hours. And come in all sorts of nice colors.

Put a bandana on it

If you get a fresh scone at the airport bakery – that is, if you can find one selling them – ask them to wrap it in your own bandana. That cuts out an extra bag or two. The Landmark Project offers Smokey the Bear bandanas that helps support at-risk youth with outdoor adventures.

This is the fun part. Stainless steel containers, like ToGoWare’s irresistible “snack stack” ($19.99) are reusable ways to pack your own snacks or lunches in those fun steel containers you see deliveries being made in the alleys of Mumbai or Saigon. (And without using airport vendor’s plastic bags.) If you need something smaller, get rePETe’s pack of eco-friendly reusable sandwich bags.

For packing shampoo, conditioner or suntan lotion, pass on hotel’s one-off plastic bottles and pack your own. GoToob has cute, colorful soft squeeze-bottles that can be reused – all plainly marked for easy passing in TSA checks.

The plastic straw bans don't mean we're entering into a straw-free era. Eco-friendly straws come in many forms – compostable paper, bamboo, or stainless steel. Order some, like a five-pack of these bendy Eco at Heart. They look cool too.

What is Sand? (The Answer Will Surprise You.)

5 Ways to Make Your Own Burning Man