Think of Cambodian food as the old-school punk rocker that has been doing things their own way since before it was even called punk — it’s brash, bold, the antithesis of Top 40 pop.

You’ve probably had pad Thai noodles or a bowl of Vietnamese pho. But have you ever tasted a dish that made fish and mint and chile and lemongrass start a mosh pit together on your tongue?

The unique ingredients and intricate flavors of Cambodian cuisine are hard to fully describe and even harder to ignore. Thankfully, the otherworldly dishes of Southeast Asia’s oldest kingdom are finally starting to get their due respect, with an increasing number of chefs and restaurants set on making Cambodian cuisine the next big thing (if it isn’t already!).

While Vietnamese and Thai food are far more widely known, it was actually the rich waterways and fertile soil of the Khmer Empire (which stretched across the majority of the region until the Middle Ages) that first built the foundation for neighboring countries’ cuisines. 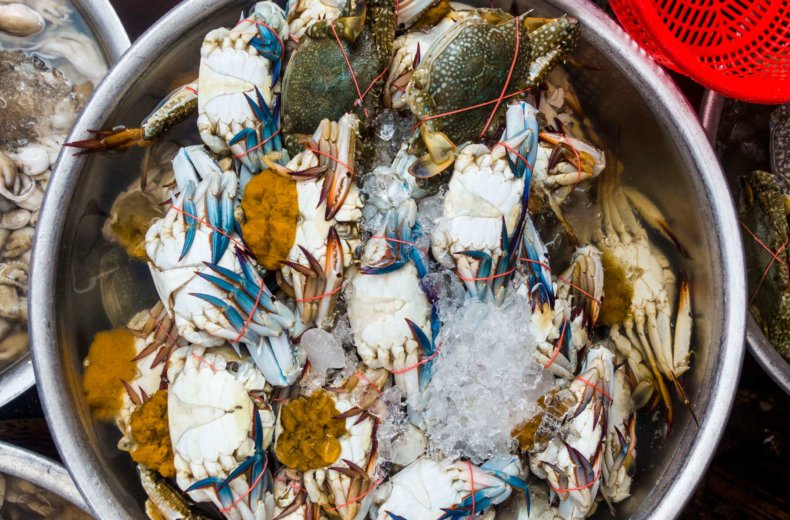 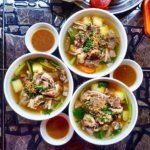 “I feel like acceptance of Cambodian cuisine is steps behind Thai food and Vietnamese food even though it’s so similar in many ways,” says Cambodian-born chef Maurice Yim, who infuses French techniques with Khmer traditions at pop-up dinners in Long Beach, California.

“Even at Khmer restaurants, menus have lots of Chinese and Thai dishes so it’s all muddled. I want to make things that proudly say, ‘This is Khmer food.’”

Cambodian cuisine is in the midst of a Renaissance, not only stateside in enclaves where refugees settled after escaping the Khmer Rouge, but also in the motherland itself, where Cambodians are looking back to the golden age of their culture for inspiration on how to move forward.

In Long Beach, California – home to the largest population of Cambodians in the USA – its designated Cambodia Town is home to a dozen or so restaurants and nightclubs serving traditional home-style and party food. Back in Cambodia, a law student even set out to research, recreate and revive lost Khmer recipes with his restaurant Kraya Angkor. 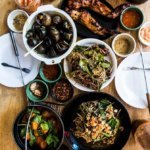 But it’s a new generation of young chefs (many born in refugee camps along the Thai border and brought to the USA as children) who are re-defining the way Cambodian cuisine is made, presented and understood.

Nite Yun, for example, arrived with her parents in Stockton, California, in the 1980s, took advantage of a culinary incubator in the Bay Area, and now owns one of the most exciting new restaurants in Oakland, California: Nyum Bai, where she riffs on her favorite dishes, rediscovered during trips back to Cambodia.

Allen Prom, another Khmer food maker, grew up in a small town in South Dakota where his parents operated a Chinese restaurant. Today, he runs Yeak, Inc., a line of Cambodian-American hot sauces already on shelves at Cambodian markets and starting to push more into mainstream dining establishments.

“For the most part, my sauces come out of my Chinese restaurant upbringing. I started with the kmao – our chili oil, which I always grew up eating with rice. What makes it Cambodian is palm sugar and fish sauce.” Yum.

All photos here were taken by Deana Saukam, who is joining us on our trip to experience True Cambodia in March 2019. Get more details here.

3 Cambodian Dishes You Must Try

Taste the dishes below, yes! Also check out some of our writer Sarah’s top Cambodian restaurant picks. Or better yet, join us in Cambodia yourself!

For even the most seasoned pho fan, a bowl of Cambodian kuy teav can be life-changing. Eaten at the start of the day, the hearty noodle soup gets its start by stewing pork bones overnight with garlic and spices; when it’s done, it’s loaded with minced pork, fish balls and – if you’re fancy and can afford the so-called “Phnom Penh Noodle” – liver, intestines and other innards.

Aside from animal bits, the soup is left pretty plain, so you can sprinkle sprouts and fresh herbs upon it before customizing the bowl with a buffet of tableside condiments like fish sauce, fermented red beans and vinegar-soaked chiles. Vietnam’s hủ tiếu is a riff on this iconic Cambodian dish and any good vendor of either will sell out by lunchtime. Get it while it’s hot.

One of Cambodia’s signature dishes, nom banh chok is a refreshing breakfast of rice noodles and snappy vegetables served swimming in a cool, kreung-loaded fish gravy.

Technically, “nom banh chok” refers to the chewy rice noodles themselves, but the most popular use for the starchy (often handmade) base is in this eponymous dish, which is traditionally sold by street vendors in rural regions who wake up early to source ingredients then roll door to door every morning to deliver the noodles, veggies and sauce in individual plastic bags.

When ready to eat, mix at room temperature, slurp and enjoy.

The word “amok” means “to steam in a banana leaf” and it’s one of the main ways food gets prepared in Cambodia. Amok trey, which is nearly the national dish, makes classic use of this technique, and gives anyone eating it a thorough run down of the flavor parade that permeates Khmer cuisine.

To make amok trey, a spice-rubbed white fish gets steamed in fatty coconut milk along with pungent kreung and fragrant local ingredients until the sauce thickens into a savory quasi-custard that’s wispy to the touch.

The result is a thousand-year-old curry unlike any other -- fluffy in texture and perfectly balanced between sweet coconut, intense spice, fragrant tropical aromatics and unctuous fish. Everyone from fine dining restaurants to sidewalk vendors has their own version. Warning: all of them are addictive. 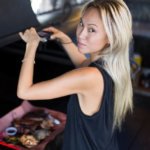 Join us in Cambodia March 17 – 25, 2019, on a one-of-a-kind adventure to with Instagram foodie sensation Deana Saukam. We’ll learn the secrets behind Khmer cuisine, explore Angkor Wat, see Phnom Penh’s highlights by tuk tuk, pick our own crab meals from fishing villages, then relax on isolated beaches at Kep. Learn more.