Can Travel Help Us Be More Optimistic About the Environment?

Award-winning Australian novelist and environmental writer, Jane Rawson, has strong feelings about travel. After spending more than a decade in travel publishing, she left the industry because of its growing and negative impact on the planet. A dozen years later, she’s changed her mind (somewhat).

Twelve years ago I quit my job at Lonely Planet. Travel – as I noted in my resignation letter – had become a consumer product. And like any other consumer product, its over-consumption was wreaking havoc on the climate, on water, on landfills and on wildlife habitat.

I left that job with a sense of smug self-satisfaction. But over the last decade I’ve changed my mind. I’ve become more optimistic about the positive changes travel can make in our minds.

The damage humans have done is not negligible. We have warmed the atmosphere and oceans, increasing droughts, destructive storms, fires and heatwaves. Between 1970 and 2012, the population of non-human vertebrate animals on Earth dropped by 58%. There are a billion fewer birds in North America than there were 40 years ago; in Germany, three-quarters of the insects have gone; there are half as many orangutans in Borneo as there were 15 years ago. Extinction rates are at least 1,000 times higher than they would be without humans.

Travel is one of the causes. Flights are responsible for 3.5% of the effects of climate change. When an off-the-beaten track area becomes popular, habitat is cleared for roads and accommodations, demand for water skyrockets and waste piles up. 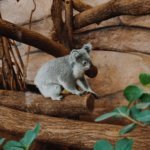 Staycations? Not the Answer

But staying home isn’t any better, I’ve come to realize. When you live in a profit-based culture, life unavoidably has negative environmental impacts.

Most destruction of wildlife habitat is caused by clearing land for houses and agriculture. Livestock production – mainly meat and dairy – accounts for 15% of the world’s greenhouse gas emissions. We throw 60% of the clothes we buy into the trash within a year of buying them.

Stay or go, we tend to mess up the world. So instead of fiddling with the details of your life, why not get inspired to change the whole system? There are other ways of living – ways where animal life is respected, where equality is more important than profit, and where kindness and looking after the world and each other are valued.

When you see life lived this way, you can find a new optimism for changing our own way of life. And some kinds of travel can help you do that. For me, it was a visit to the Port Macquarie Koala Hospital in New South Wales – seeing the koalas injured on roads and by dogs as the town expanded started me thinking about a world where we build habitat that suits humans and wildlife. Here are a few trip ideas that might inspire you.

On the boundary of the Tsavo East National Park, the Taito people subsist on crops that are regularly raided by wild elephants. The elephants aren’t just hungry thieves; they can also be dangerous. For the past decade, the villagers of Mwakoma and Mwambiti have been working with researchers from Save the Elephants to find ways people and pachyderms can coexist.

The solution? Instead of calling game officers to shoot problem elephants so cropping can be expanded, the Taito people installed beehive fences. Hives are hung from wire strung along the edges of farms. If elephants try to take the crops, they disturb the bees and are stung. The fences have an 80% success rate in stopping crop-stealing and also produce fair-trade honey that the villagers can sell. The project’s success has spawned a farmer training program and a course at the local primary school, Living in Harmony With Elephants. Instead of destroying animal habitat to feed ourselves, could we also try something different?

You can visit the Elephant and Bees Research Centre in Sagalla, next to Tsavo East National Park to learn more about the project and buy a jar of elephant-friendly honey. 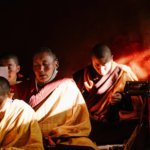 Not an election goes by in a western democracy without candidates promising they’ll be the ones doing most to boost economic growth. But growth in gross domestic product (GDP) doesn’t necessarily mean a better life for everyone – more often it means a great life for a few, and a worse life for less-privileged humans and just about every other species.

Bhutan is unimpressed by GDP growth, so it has been trying to increase a different metric: Gross National Happiness. Added to the country’s constitution in 2008, Gross National Happiness (GNH) is calculated from four measures – environmental conservation, good governance, sustainable and equitable socio-economic development, and cultural preservation. If these don’t increase, the country considers itself to be failing.

Between 2010 and 2015, “subjective happiness” measured by the GNH Centre increased slightly. So did household income. GDP, incidentally, also increased and unemployment remained low. If Bhutan could just stop oppressing its cultural minorities – under the banner of ‘cultural preservation’ – it could be a model for us all. 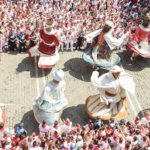 Spain: More to Life than Profit

When the Soviet Union collapsed, capitalism in effect declared itself the only feasible economic system. But are there really no other practical, successful options? In Basque Country in the far north of Spain, in Mondragon, more than 250 worker-owned businesses employ more than 83,000 people with sales over US$20 billion a year. All workers get an equal share of profits and an equal vote in how the collective is run. The collective provides secure employment and health care, pension and unemployment benefits.

The highest paid worker earns no more than eight times the lowest paid worker; in the U.S.A., CEO pay is more than 360 times that of an average worker. No one is getting rich in Mondragon, but nor is anyone getting poor: during the Global Financial Crisis, when unemployment in Spain exceeded 25%, Mondragon kept its unemployment to 12% and continued paying unemployment and health benefits. When there are drivers other than profit, we can create the things we need for life without having to destroy the environment.

The cooperative runs two-hour tours for 20 euros. (If you’re heading to the south of Spain, there are also many comparable cooperatives in Andalusia.)

Jane Rawson is the former environment editor for The Conservation and author of ‘The Handbook: Surviving and Living with Climate Change’. Her latest novel, ‘From the Wreck’, was long-listed for Australia’s prestigious Miles Franklin award and won the Aurealis Award for best science fiction novel. She lives in Tasmania, Australia.