The trail swayed its way up through the pines and around a lonely lake before cocking up to a cornflour sky. Limestone cliffs with the hard, awesome sheerness of a city skyline roared out of the ridges to my right. Other than two guys and two mules we had seen on a few hard hours of hiking, only the hiss of the wind kept us company.

This breath-sucking spot wasn’t some remote mountain range in land that Google couldn’t find. This was Europe, dense, well-trodden Europe, and yet even many Europeans didn’t know it. No cable cars whined up to cheese-filled chalets. No climbers clamored on those giant rock faces. These were the Accursed Mountains on the border of Montenegro and Albania and a new cross-border hiking system, the Peak of the Balkans trail, had opened. We were among the first to give it a go.

It was fall, 2012, and I’d been coming to Europe so often that it was easier to measure my time spent there in years. I started traveling the continent in my late teens by gathering the low-hanging fruit. The Frances and Germanys and Switzerlands — the dog-eared editions of the Let’s Go books telling me where to go — but then the east opened up and with it a book of blank pages. Suddenly there was Hungary and Poland and Estonia and Lithuania to check out. The hardbitten wanderers were there in the ’90s but that’s about it, really. Times were tough. You’d order a ham sandwich off a menu in Tallinn only to be told no one had seen a ham in months. 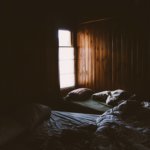 Now Albania, Montenegro, and Kosovo all spread out before me like some complicated puzzle with no picture on the box to guide you along. Decades after war and communism these countries felt as if they too were just opening up. That’s not true at all, but travel is all about perspectives—changing them, defining them, realizing you have them — and the zing of that discovery only happens beyond the borders of routine. Step out of the familiar and you return to the basics. Need food. Avoid danger. Find shelter. Just crawling into bed at night in a strange city can feel like victory.

I didn’t really know it then, but that hike into the Balkans was my first foray into truly mindful travel, which is really all about finding your own space in any place, even on the border of Albania. It’s about looking at places less in terms of what they can do for you (or even what you can do for them) and more about travel as a tool to tease out who you are and what makes you tick. Head out on your own trail less traveled and all sorts of surprises await. As Abigail Brenner, a fellow of the American Psychiatric Association writes in Psychology Today, “Being alone allows you to access yourself as the complete person you are.”

Of course, you don’t need to be a sad lonesome sack in the Balkans to find your wholeness. Travel happens first in the mind. Stepping into a place that bears few tourist tracks brings it all into focus more quickly, sure, but it’s also ok to let someone else figure out where you’re going and where you’ll sleep or what museums are worth seeing. The point is to enjoy how it’s all so new to you. Maybe you go for a hike in a remote place or maybe you eat pig intestine and discover how savory it is. A friend of mine puts a rock in his pocket instead of a phone.

Wandering among the Accursed Mountains, I let each day unfold in a spectacular train of reward and purpose. We slept in stone inns on lumpy beds and ate homemade cheese by candlelight. I learned about the vagaries war and how cruelty and kindness are neighbors. The steeper, the tougher, the longer the day’s hike, the more time I had to enjoy it. The more I wanted to quit, the more I ran my fingers over spiky Macedonian pines or rested on big rocks to feel their warmth. 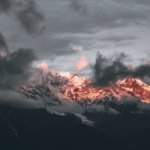 I carry some of those lessons with me everywhere now, even when — especially when — I’m not traveling in the traditional sense at all. Here in the whirlwind of routine, discovery takes on a different form. You take the left to get home instead of the right. You sit on a park bench you’ve never sat on before. Most of all, you just keep going.