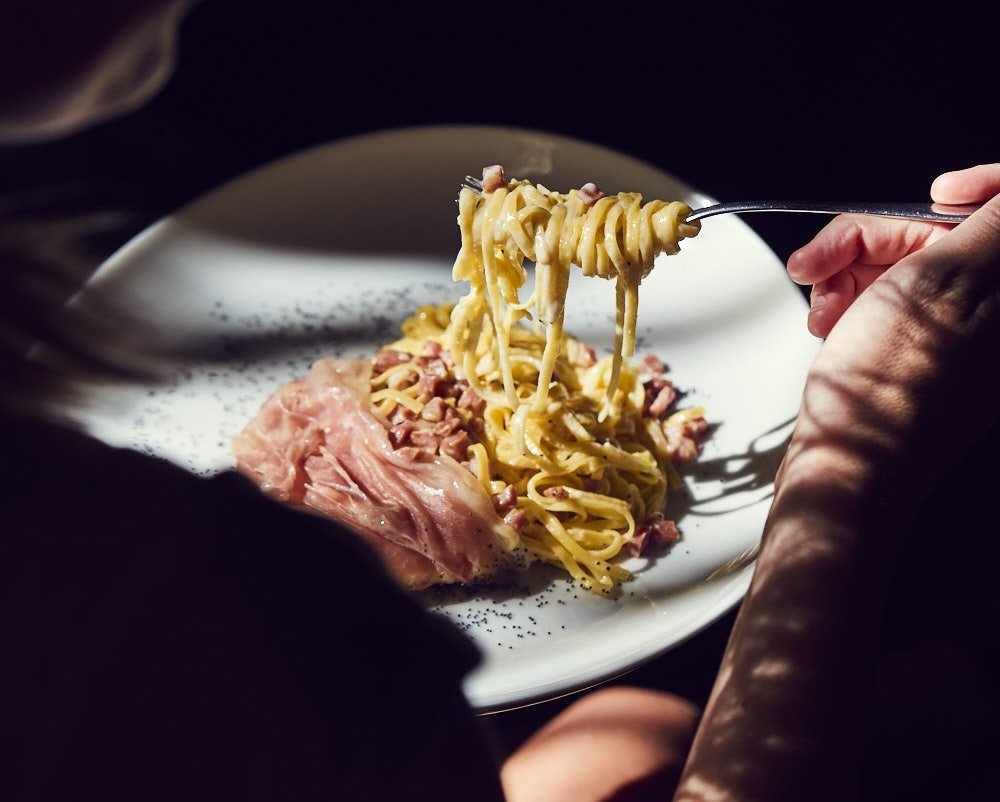 PPeasant cooking (cucina povera) is the humble foundation of Friulian food culture. Once plated, however, these traditional dishes are complex and unabashedly gourmet, often considered some of the finest and most original cuisine in Europe.

The Friulian impulse is to forage their own backyards, raise their own livestock, and preserve seasonal vegetables. This style of cooking celebrates seasonality, and using what nature gives. It also forces innovation and creativity: When life gives them lemons, Friulians make everything but lemonade.

Take Toc’ in braide — a typical polenta flavored with a parmesan broth and enriched with a fonduta of Montasio and Gorgonzola. For generations, Friulians would simmer (rather than discard) their leftover cheese rinds for hours just to achieve the necessary depth and richness for this simple appetizer. Born from scarcity, this age-old dish is now a refined staple of the region.

From Ottomans and Austrians to Romans and Slavs, many empires and civilizations have shaped the region’s gastronomy. The port of Trieste has been a trading post since the middle ages and was one of the few ports in the Austro-Hungarian empire, connecting the provincial Friulians with the rest of the world. To this day, Friuli-Venezia Giulia is the only European region that sustains the continent’s three main language branches: Italic, Germanic and Slavic. Mix humble origins with a melting pot of cultures and ‘peasant cuisine’  is suddenly infused with new flavors and techniques.

Another delicious example: the Cjalsón. Filled with ingredients like raisins and mint, candied fruits and cinnamon, the Cjalsòn is a potato dumpling inspired by nomadic medieval salesmen who journeyed over the Alps trading goods along the way. When they returned home, often first to Trieste, any leftover spices would be rolled up into little delectable pasta pockets. The glaze is Italian, the dough Slavic and the filling, an homage to the Far East—a symbol of Friulian history, culture, and tradition, uniquely Friulian and the cornerstone of cucina povera.