We dream of lingering over a caffè macchiato or an Aperol spritz. The. Most. Delicious. Pasta. Pizza in its birthplace. The freshest seafood. This is our Modern Adventure love letter to southern Italy. Come join us and uncover the delicious backstory of Sicily’s and Naples’ great dishes. 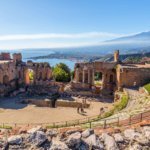 Just a few spots left! Meet vintners and cheesemakers, street artists and top local chefs, hike to vineyards perched atop a mighty volcano with sweeping views of the Ionian sea, as we go deep in the story behind what makes southern Italy so delicious.

We travel with Zach Pollack, the chef/owner of some of LA’s hottest Italian restaurants. Zach’s many successes start with having eaten his way through each of Italy’s 20 regions. And, of course, the two years he lived in Italy, mastering his culinary craft under the guidance of some of Italy’s top chefs. Now Zach is coming back to show us his Sicily, the rugged beauty and regional flavors, the Sicily that captured his heart and soul. 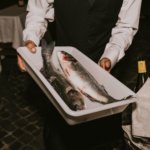 Ancient Greek ruins, medieval villages, a star-lit night under the gaze of Mt Etna. This is southern Italy alongside Chef Jason Dady, the culinary star and entrepreneurial force behind his namesake restaurant group in San Antonio, everything from perfect Italian food at Tre Trattoria to his latest concept, Jardin, in the San Antonio Botanical Garden. His thirst for heritage recipes and delightful Aperol spritzes are just the beginning of why we can’t wait to experience Sicily and Naples through his eyes. 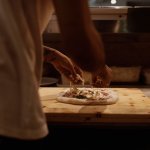 Angie Rito and Scott Tacinelli are the husband-and-wife duo and culinary icons behind Michelin-star Don Angie, in New York City. From hidden pizzerias to the best gelatos, Angie and Scott are ready to show off their Sicily and Naples, places they’ve been traveling to as a couple for more than a decade. Experience what authentic southern Italian cuisine is all about — including the quintessential red sauce inspirations that put Don Angie on the world’s culinary map.