It can be a downer to hear someone say, “you had to be there” at a cocktail party. But – let’s be honest – it’s a great thing to say about your travels. When video, or a photo, or even the best writer’s words, can’t quite capture something, it means something is going very, very right.

It’s called an “experience.” And no matter how often that word gets overused (or misused), we think it’s still the whole point of this crazy little thing called travel. An experience comes when travel becomes more about doing something rather than just seeing something. It’s how we go, not where we go to. Travel used to be more about going to Paris and seeing the Eiffel Tower. Now, to keep the same example going, it’s taking a local French drawing class – ideally in francais to practice your budding vocabulary – then going to sketch the Eiffel Tower with a new group of local friends. Perhaps even drawing all the tourists doing selfies there. The goal is that by doing some activity like this, we learn more, we understand more, we feel more.

But how? There is no magic go-to to whip up an experience of a lifetime. But we’ve come up with some prompts – mostly tricks learned again and again by travel writers – to help you on your path forward. It’s less about where you go, or following those “hot destinations” lists that come out every new year, but how you go. 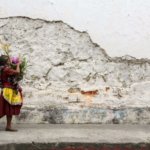 This is as simple as travel advice gets. No matter how decadent your travel life, we have a finite amount of time to explore the world near and far. So go somewhere new (no matter how nice Uncle Todd’s beach place in the Outer Banks might be). “New” can even be in your hometown, an hour away, or the Gran Chaco of Paraguay.

Going somewhere you’ve not been before comes with automatic reward. For one, it slows down time. When we experience things for the first time – particular things exotic, or new, to us (in terms of language, food, attire, scenery) – we literally perceive time in a slowed-down, child-like sense. That’s why a first four days in Guatemala can feel like two weeks at Uncle Todd’s. That’s the secret “fountain of youth,” milking more time out of the time we have. And it’s so simple. 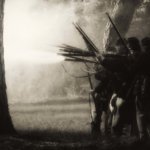 2. Turn a Trip into a Quest for Discovery

Travel writers don’t go on holiday, but often travel on self-appointed “quests” to find something out in a trip. “What happens if…” makes a trip a trial or experiment to learn something. It’s not about eating the best taco in Texas, but trying to find the best taco in Texas. Asking locals, exploring neighborhoods, trying multiple tacos. This can pay off when you use a trip, or part of it, to find out something. Something you want to know the answer for.

I once visited Gettysburg during the reenactment of the Civil War battle. Instead of just watching, I asked re-enactors in blue and gray how they decide when to die? I recorded their answers and made a little video. It’s not an epic new truth discovered, but I used my day in the Pennsylvania sun as a way to discover something I hadn’t seen elsewhere. (Incidentally I got about eight different answers, mostly ignored by the vast majority of re-enactors who “survived” their version of “Pickett’s charge.”) 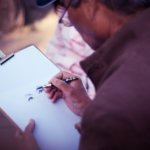 Sometimes you can make things up on your own. Like pie charts. Once I crossed Russia on the Trans-Siberian and did random mustache counts along the way. By the end of the trip, I could create charts demonstrating the mustache-growing tendencies depending on population, time zones from Moscow, latitude/longitude (if you’re curious, Siberia leaned more mustache than European Russia). This isn’t exactly essential science, but making the trip about creating charts was a fun add-on – and I even got local Russians to witness key counts, to ensure lack of bias. 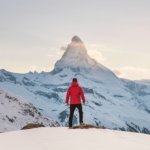 Going by bike is better than going by car. Walking is better than going by bike. Stopping, often, is better than walking. Stopping gives you the chance to see. Every travel day, make sure you give yourself even five minutes to stop. Pick a place. Then stop. No cellphone. Just stop, and follow your senses. What do you see, sure. But what do you smell, hear, feel? This is a trick writers journaling about their trips turn to a lot. Tapping into your lesser-explored senses helps you not only feel the moment but, if you write down what you experience, remember it more vividly later. And it’s done when we stop. 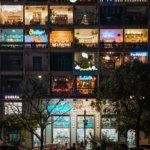 Daniel Boone, a late 18th-century woodsman and Revolutionary War figure, became a legend in his own lifetime, and much of his wild exploits – killing bears, blazing trails – merges with folktales. Once though, after ending up roaming wilderness he didn’t know how to get out of, he noted, “Don’t tell ‘em I’ve ever been lost. Just got turned around for a couple weeks.”

This is an interesting distinction. That getting “lost” – or whatever you want to call it, “roam without agenda”? – is just part of the process. Or, as Rebecca Solnit writes in her excellent book The Field Guide for Getting Lost, “never to get lost is not to live.” We benefit when we, sometimes, travel that way.

I recently moved to Ho Chi Minh City, Vietnam in a small alley in a district outside the center. Within a week, I had a set routine, of getting to the nearby street-food street lined with sidewalk grills serving grilled snail and octopus. I’d weave down the alley, first right, then left –– mindful of passing motorbikes – then reach the main road.

Then I tried the opposite way – and discovered a sprawling world of alleys I hadn’t known had been there. Nail shops, rice markets. A cafe where locals bring their birds to hang and teach each other songs as their owners drink iced coffee. Little lanes that deadended at temples and churches. A home front overflowing with fruit brought from the Mekong. Grandmothers holding grandchildren and waving their little arms, “hello.” It went on and on.

And soon I realized I’d never be able to retrace my steps, and ended up connecting with another main road a quarter mile away. But now I see my new neighborhood in a much bigger way. Thanks to having gotten “turned around” for a bit.

Can Travel Help Us Be More Optimistic About the Environment?