Scandinavia by foot, boat, and bike, foraging alongside boundlessly creative chef Maximillian Petty, and dining our way through the world's most vibrant food scene. It's the Scandinavia adventure you've always dreamed of.

Spots are limited—book soon to guarantee your spot

Experience the best of Copenhagen and Stockholm

Speak with an adventure expert

Deep in the woods outside a 13th-century castle, the afternoon sunshine filters down through a cloak of green, birds and woodland creatures chattering in the background. For a moment you’re not sure what century it is. You’ve been foraging for wild herbs and berries that will be turned into an unforgettable woods-to-table dinner. You breathe in the air, scented with wildflowers and that first smoky hint of autumn, capping several days of tasting and savoring the best of Scandinavia. It doesn’t get better than this.

If your idea of perfection involves next-level hygge, this trip is for you. Join us in Copenhagen and Stockholm for a one-of-a-kind journey of design and art, culture and flavor, to places where the every day is filled with wonder. 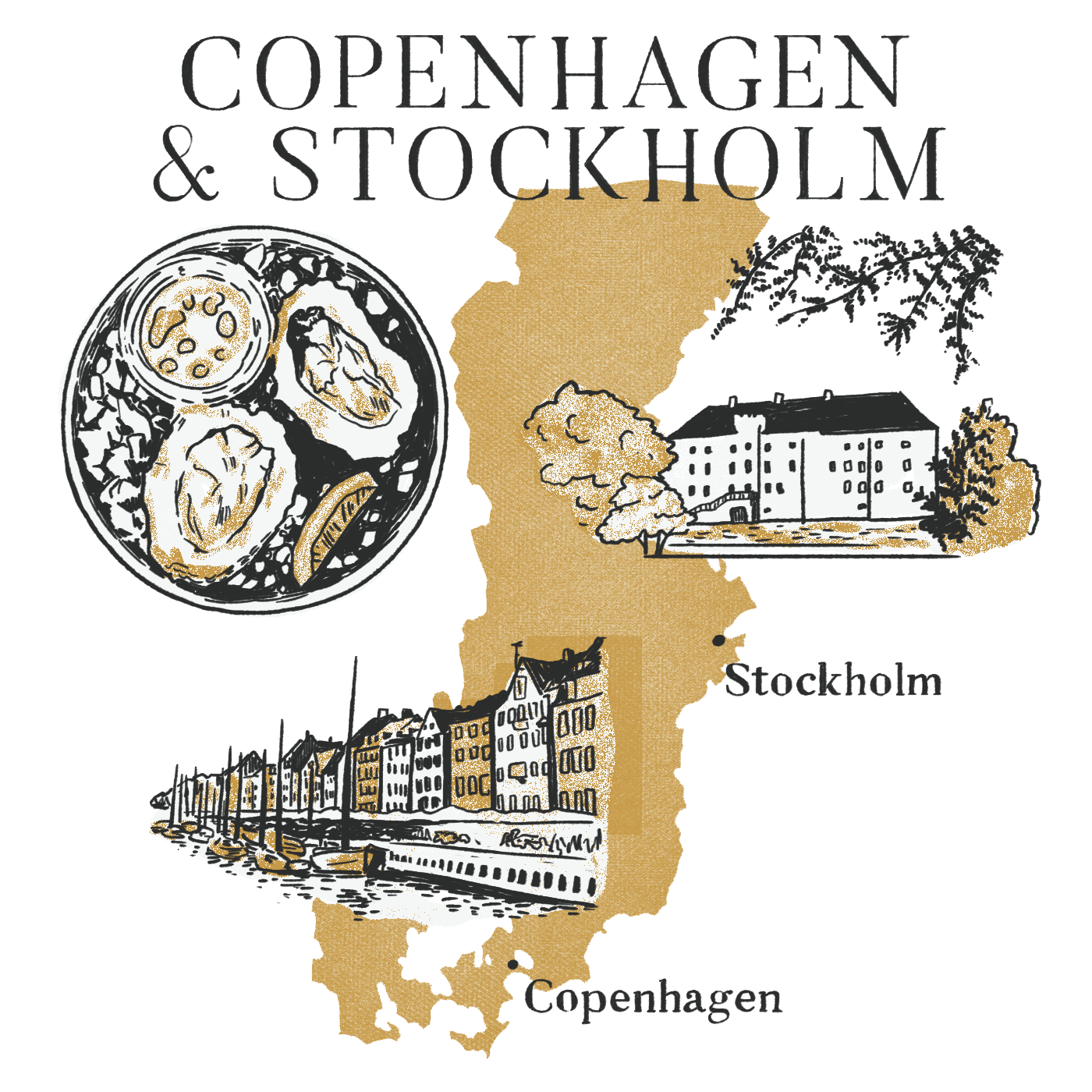 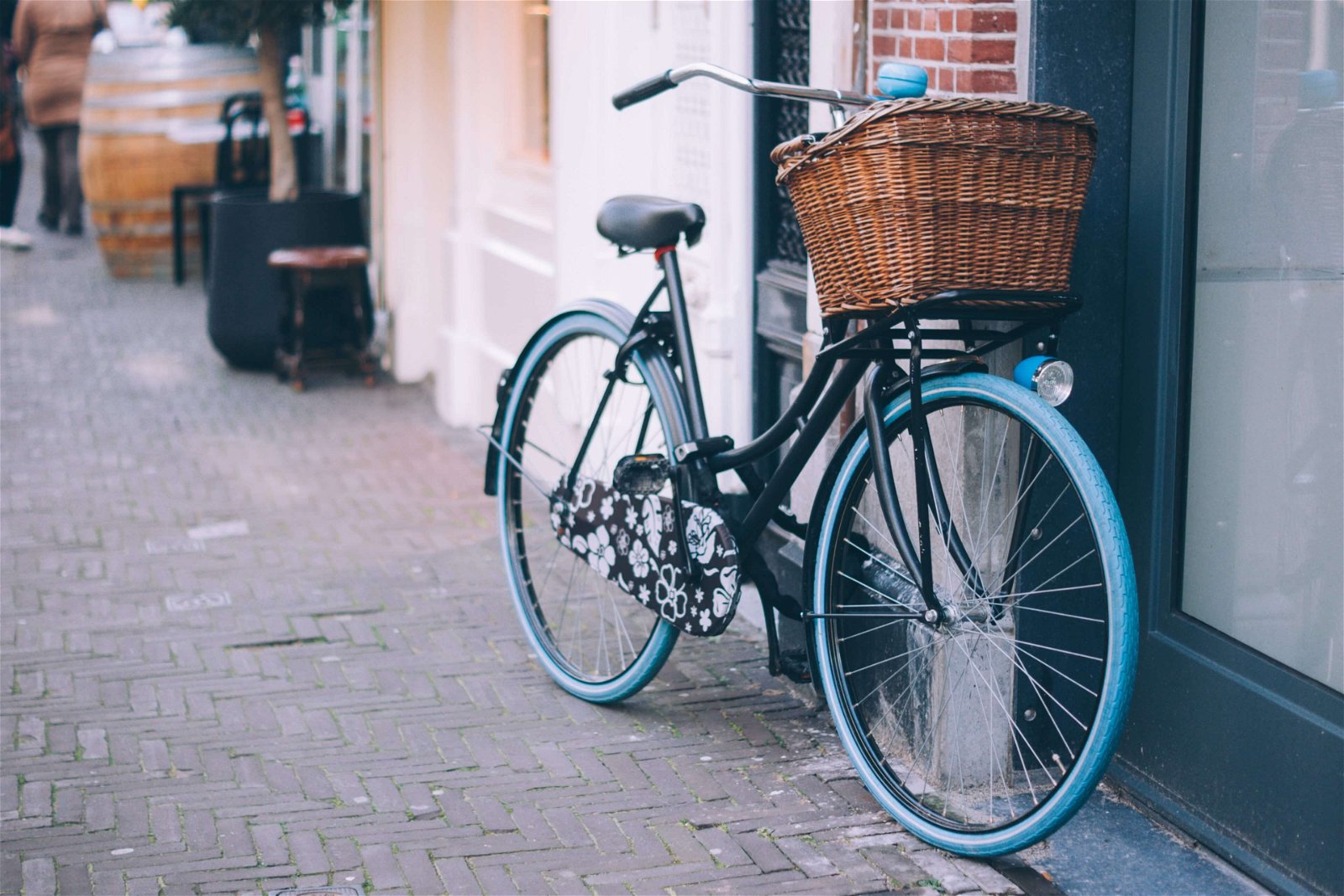 From hip Copenhagen to gracious Stockholm, canals and islands, cobblestone neighborhoods and medieval castles, slow down and enjoy the beauty of Denmark and Sweden, the islands and waterways, bike paths and forests. 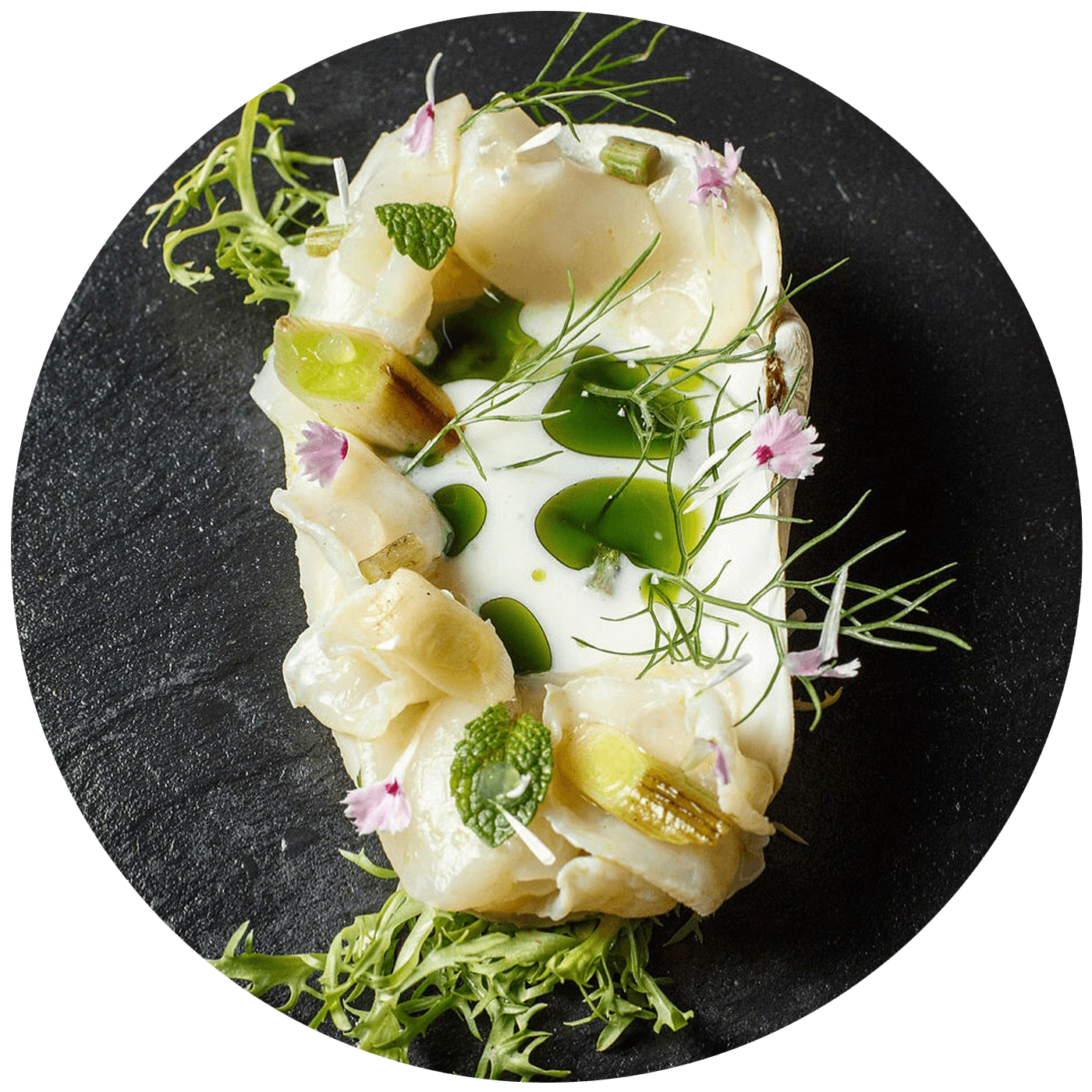 Savor the best of New Nordic cuisine from some of Scandinavia's most notable chefs and familiarize yourself the Scandinavian concept of balance, comfort and coziness, the magic of hygge, at the source. 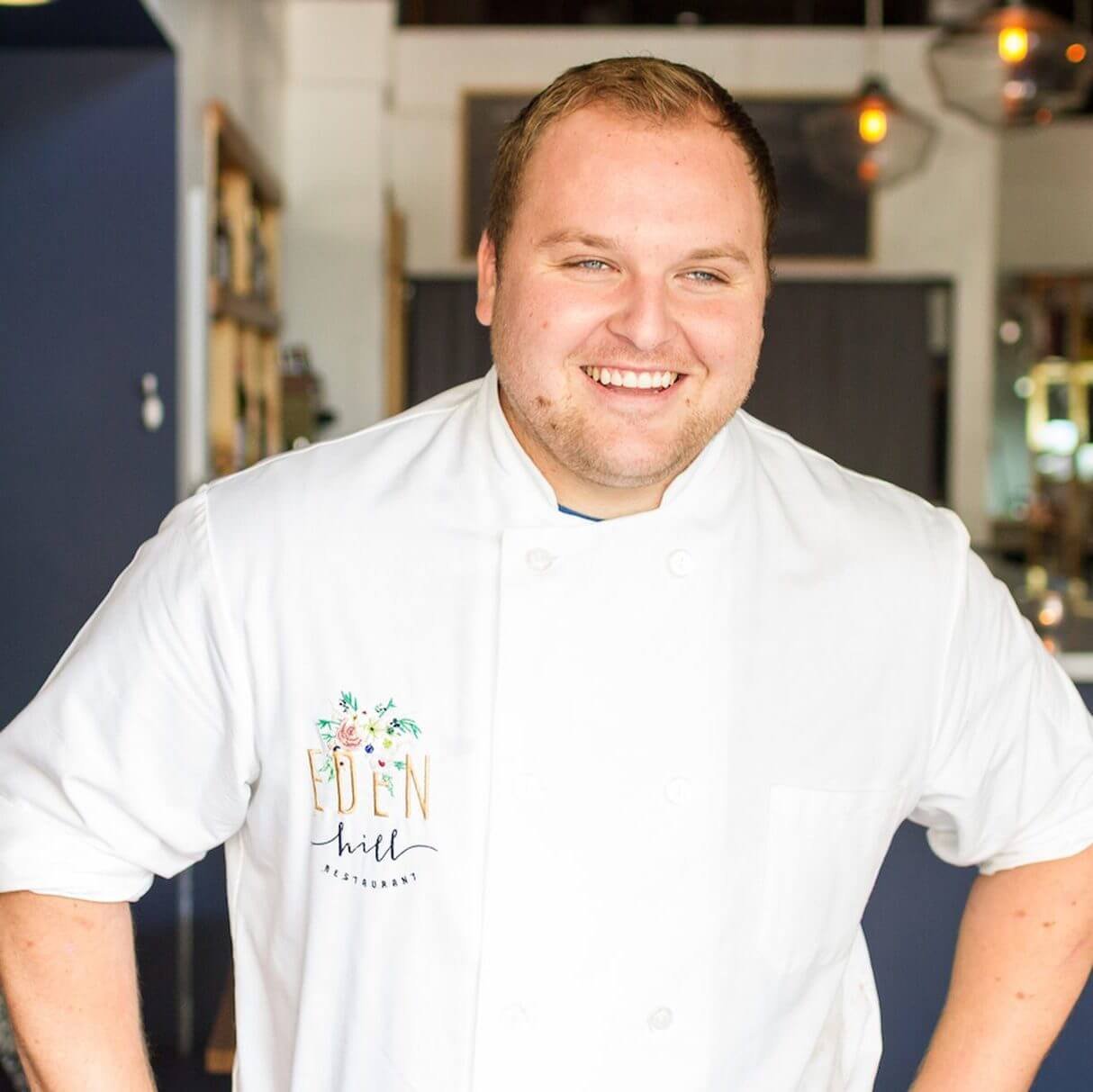 Your companion is chef Maximillian Petty, a three-time James Beard Rising Star Chef nominee and the force behind Seattle's Eden Hill. A devotee of New Nordic cuisine, he'll be sharing his favorite finds and inspirations with us, alongside some of Scandinavia's most notable chefs. 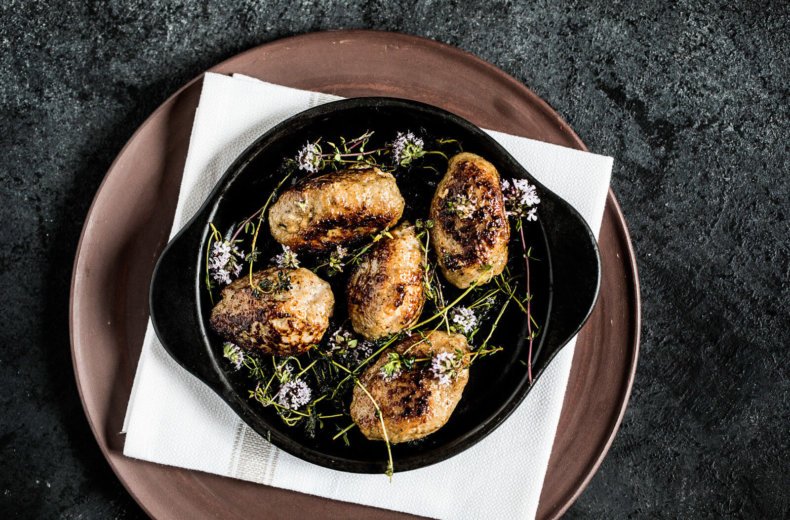 “I love the simplicity of Scandinavia. It reminds me of Seattle, utilizing the forest and ocean to make beautiful dishes.” – Maximillian Petty 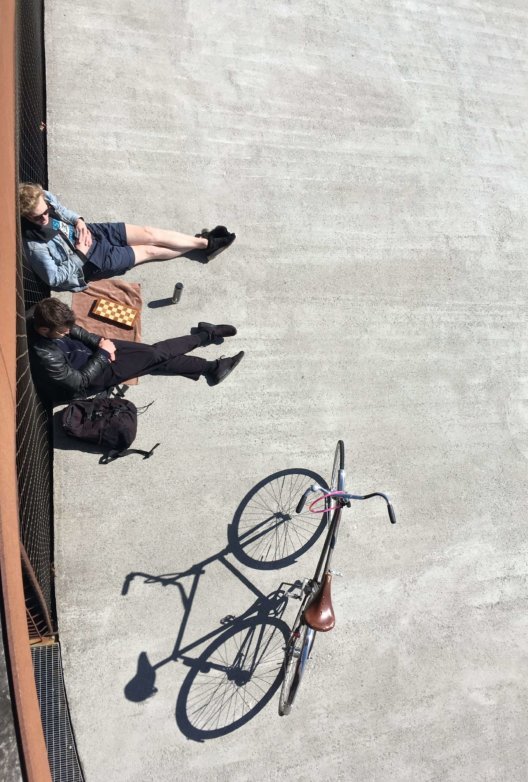 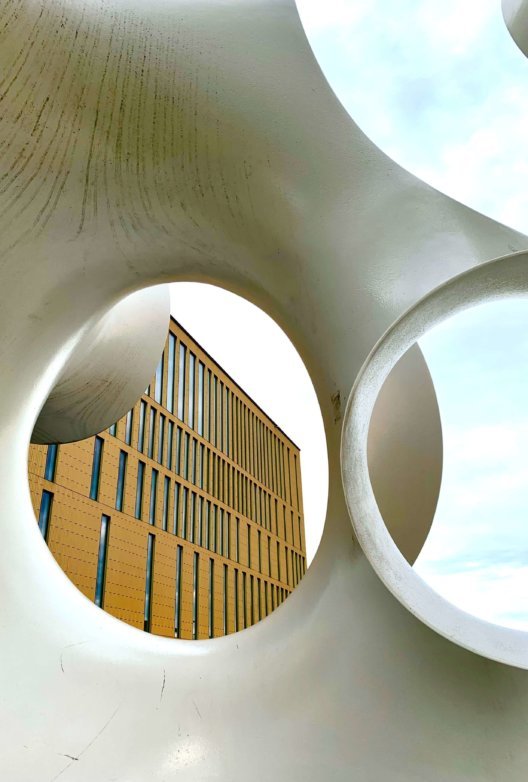 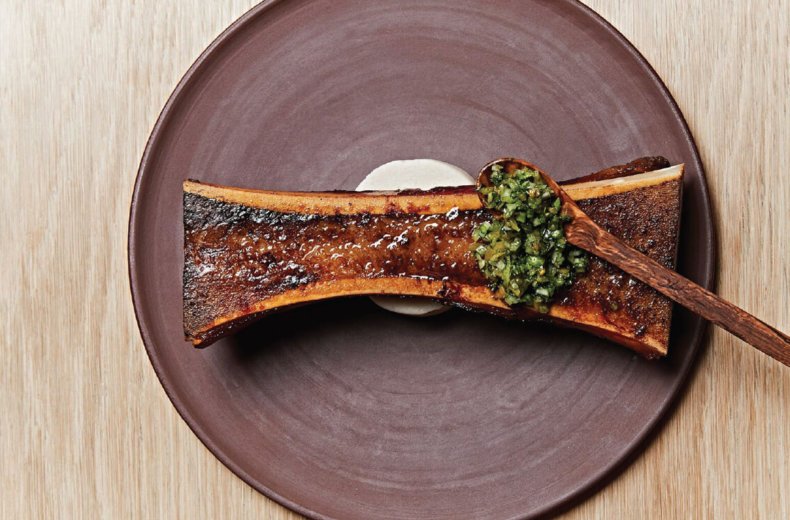 “No one’s really doing food how they do it there. I’m excited to see how it’s done right, be there in person and feel the vibe.” – Maximillian Petty

We believe the world has a lot to offer beyond our building’s walls. Battery Travel is a collection of expertly curated experiences in the world’s most extraordinary destinations. Each experience is designed to change how you see the world and to create lasting connections within our community and beyond.

From Copenhagen to Stockholm, we'll explore by foot, boat, and bike, forage for our dinner, dine our way through the world's most vibrant food scene, and even try our hand at creating our own New Nordic cuisine. 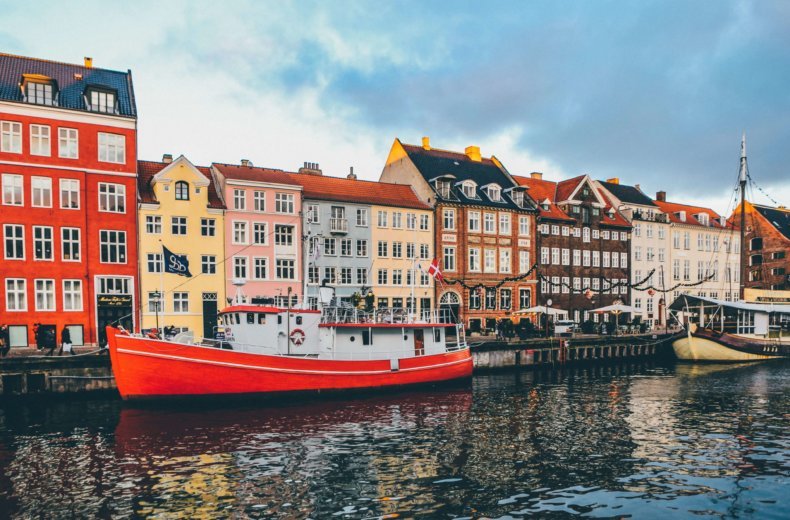 Velkom til København! Welcome to Copenhagen, the most exciting food city in the world. We’ll take a short walk around the colorful Nyhavn neighborhood before hopping on a private boat for a more extensive tour of central Copenhagen’s intricate grid of canals, bridges and castles. We’ll stop at Palægade for a traditional lunch of smørrebrød—open-faced sandwiches piled high with herring and onion, smoked salmon, hard-boiled egg and venison tartare.

In the afternoon, we’ll have time to explore on our own before heading to Barr for a welcome dinner at the latest offspring of the extended Noma restaurant family. The menu here is devoted to the traditional dishes and drinks of the North and Baltic Seas, but with contemporary twists. By the end of the night, we’ll have a new understanding of hygge, that uniquely Danish vision of comfort, coziness and charm that permeates every aspect of life here. And the best is yet to come. 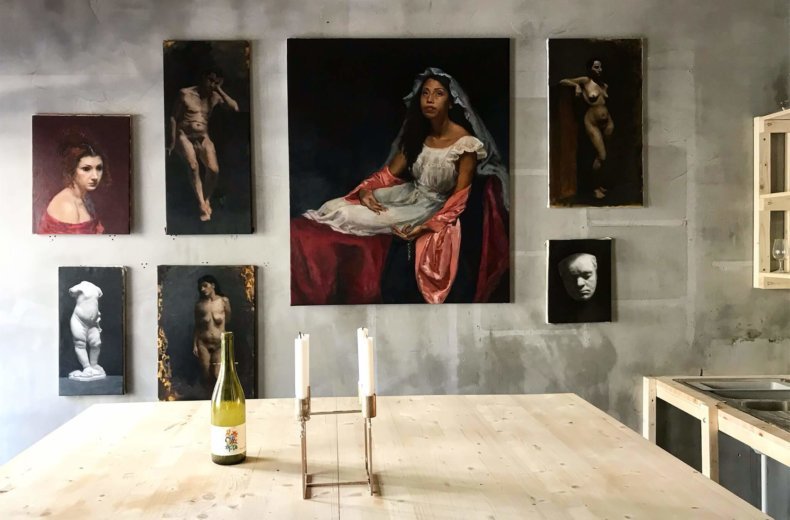 Today our host is Solfinn Danielsen, the natural wine evangelist whose pop-up concept, Rødder & Vin (Roots & Wine), has turned Copenhagen into Europe’s natural wine capital. A trained sommelier, Solfinn spends his days criss-crossing the city on his custom-built Omnium cargo bike, delivering wine to the city’s top restaurants. He’ll introduce us to his favorite restaurateurs, farmers and chefs around the city. Lunch will be on our own, and we recommend checking out one—or maybe more—of the eateries and wine bars along Jaegersborggade in Nørrebrø, the hip northern district and epicenter of Copenhagen’s food scene.

Our evening is in Kødbyen, the old meat-packing district whose waterfront warehouses have been transformed into art galleries, bars and restaurants. We’ll start off with drinks and tacos at Hija de Sanchez, owned by Rosio Sanchéz, the Mexican-American former Noma pastry chef. Our next stop is Kødbyens Fiskebar—Copenhagen’s best seafood restaurant. After our dinner there, we’ll have a private tour of the kitchen and talk with its amazing chefs. 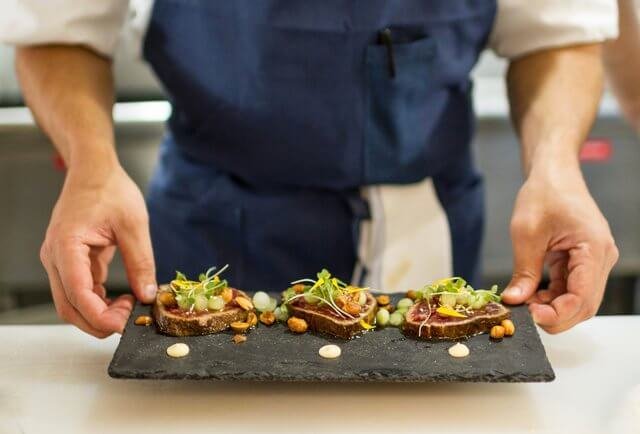 No trip to the country that invented supercykelstier—essentially, car-free super-highways for bikes—would be complete without the chance to hop on a bicycle of our own. Biking in Copenhagen is a world unto itself, and this morning we’ll discover for ourselves why over half the short trips Copenhagers take each day, rain or shine, are made by bike. In the late afternoon, we’ll reconvene for a private cooking class led by Maximillian and a local chef, who together will teach us the skills necessary for preparing New Nordic cuisine. At the end of class, we’ll sit down together to enjoy the delicious fruits of our labor. 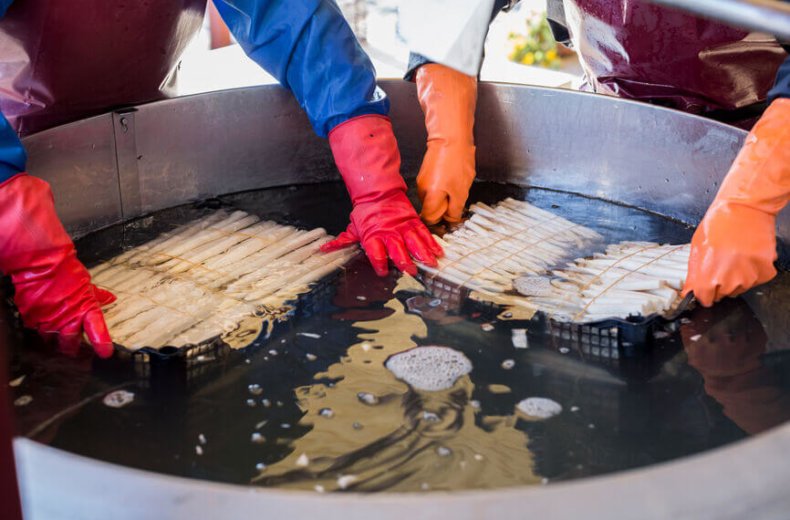 This morning we’ll drive an hour outside the city to meet a celebrity farmer (yes, this really is a thing), Søren Wiuff. More than any other producer, Søren has left his mark on the evolution of gastronomy in Denmark over the past decade, working closely with, and providing produce to, many of the best restaurants in the city—meaning, in the world. Søren will give us a tour of his farm, and luckily for us, his world-famous asparagus will be in season.

We’ll poke, taste and even drink them before bidding farewell to Søren and heading on to the 13th-century Dragsholm Castle, our home for the night. After a casual lunch at the castle, we’ll do what all the best chefs in Copenhagen do, and go foraging for our supper. One of the castle chefs will serve as a guide here, helping us as we hunt for wild herbs and berries to incorporate into our dinner. After returning to the castle, we’ll enjoy sitting back with a book in the library, challenging our fellow travelers to a game of billiards or taking in the splendid gardens. In the evening, we’ll reconvene for dinner in the restaurant featuring our foraged finds. 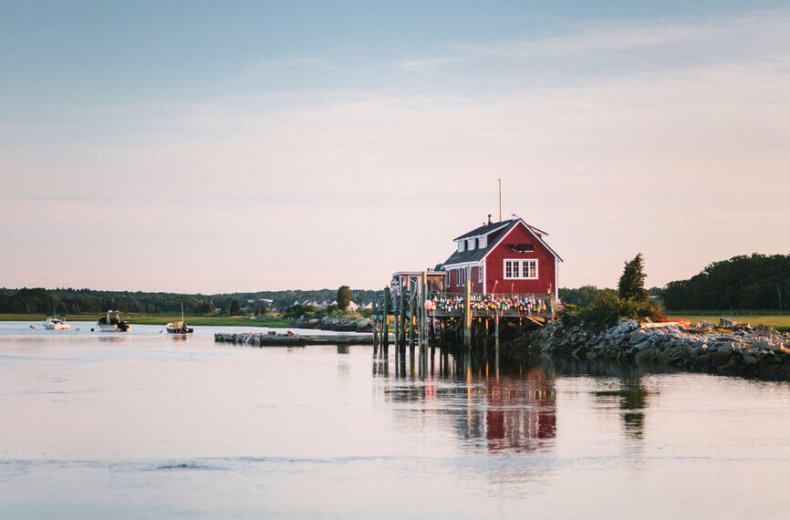 After making the short drive back to Copenhagen, we’ll hop on the train for Stockholm. Our stunning ride across the Øresundsbron, Europe’s longest bridge, takes us across the shimmering waters of the Oresund strait, which separates Denmark and Sweden. From there, we’ll pass through the verdant fields of Skåne, the southernmost province in Sweden and the country’s breadbasket, its landscape dotted with brick-red farmhouses, wildflower-sprinkled meadows, wooded copses, and silvery lakes. It’s where every Swede dreams of having a summerhouse.

Upon arriving in Stockholm, we’ll settle in to our hotel in the heart of hip Södermalm, a bustling district of vintage shops, brew pubs and cafes. Tonight we’ll dine at Prinsen, one of the city’s oldest restaurants, devoted to preserving traditional dishes like crayfish stew with chanterelles and pickled pumpkin and minced veal, lingonberries and petit pois. 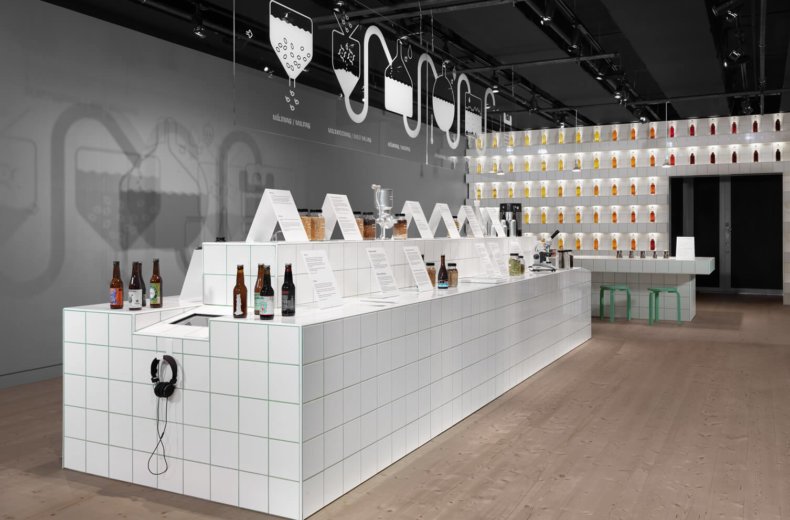 This morning we’re off to Djurgården, one of Stockholm’s many islands. Home to museums, an amusement park, and vast stretches of meadow and forest, it’s an oasis of calm in the heart of the city. We’ll start with a private tour of Rosendal’s Garden, a biodynamic teaching garden that’s open to the public and whose bounty of vegetables, herbs, flowers and fruits are used to great effect at its wood-fired bakery and cafe. Next, we visit Spritmuseum, where we’ll have lunch and learn all about the Swedes’ relationship with alcohol (spoiler alert: it’s complicated) before heading to a tasting room to sample a range of traditional akvavit, snaps and punsch.

After the tasting, we’ll be on our own for the evening. Head back to the city, or continue exploring Djurgården’s many charms: maybe some contemporary Nordic bistro food,  the 17th-century Vasa warship at Vasamuseet, the charming old-school Gröna Lund amusement park—or the ABBA Museum! 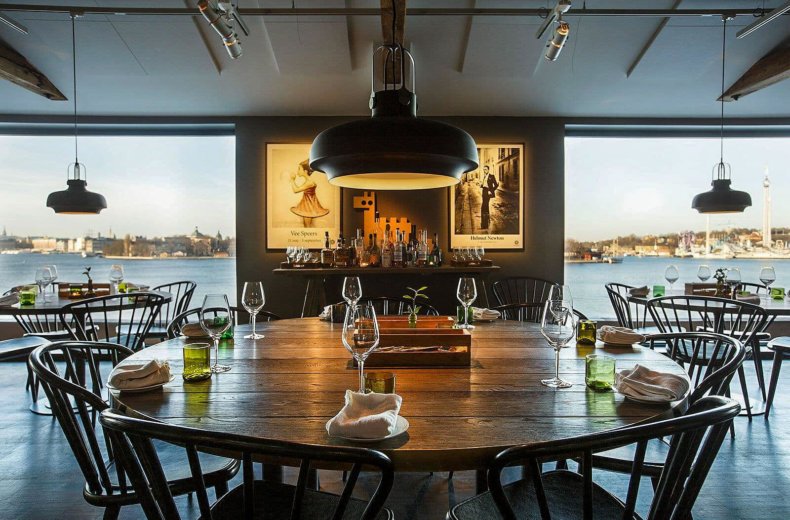 We kick off the day with a walking tour of Gamla Stan, whose medieval buildings—painted in fairytale shades of gold, indigo and russet—rise crookedly from impossibly narrow cobblestone alleyways. We’ll head towards the iconic City Hall, situated on a promontory overlooking the water, and from there to the Royal Castle, home of the Swedish royal family, and a spectacular sight on its own secluded island.

In the early afternoon, we’ll explore on our own, hitting up the funky thrift shops of Södermalm, enjoying an afternoon fika of coffee and cardamom buns, hopping the ferry back to Djurgården for more museum time, or taking a boat tour around some of the 24,000 islands and islets that comprise the Swedish archipelago. We’ll reconvene for a farewell dinner prepared just for us by the chefs at Fotografiska, the world’s largest photography museum, whose hyper-local restaurant earned 2017’s Best Museum Restaurant in the World. With its sweeping views over the azure waters and dappled islands, this is the perfect place to relax and celebrate our week’s adventures. Skål! 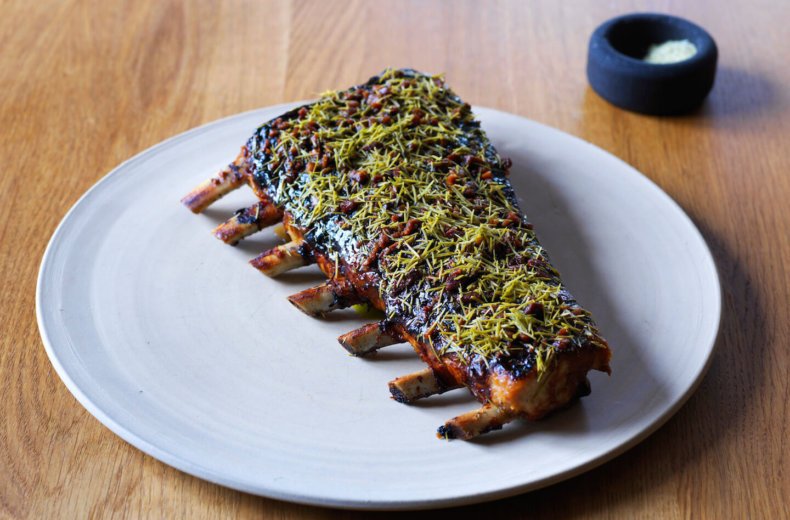 Our journey has come to an end. As we say hej då to Maximillian and each other, we know we’ll be back, and soon. In the meantime, we’ll do as the Scandinavians do and treat ourselves to one final airport fika—or maybe even a beer—before boarding our flights home. Skål och vi ses!

For almost a century, Scandinavia has been synonymous with flawless design. It's no surprise that when it comes to form, function and hygge, our hotels get it exactly right 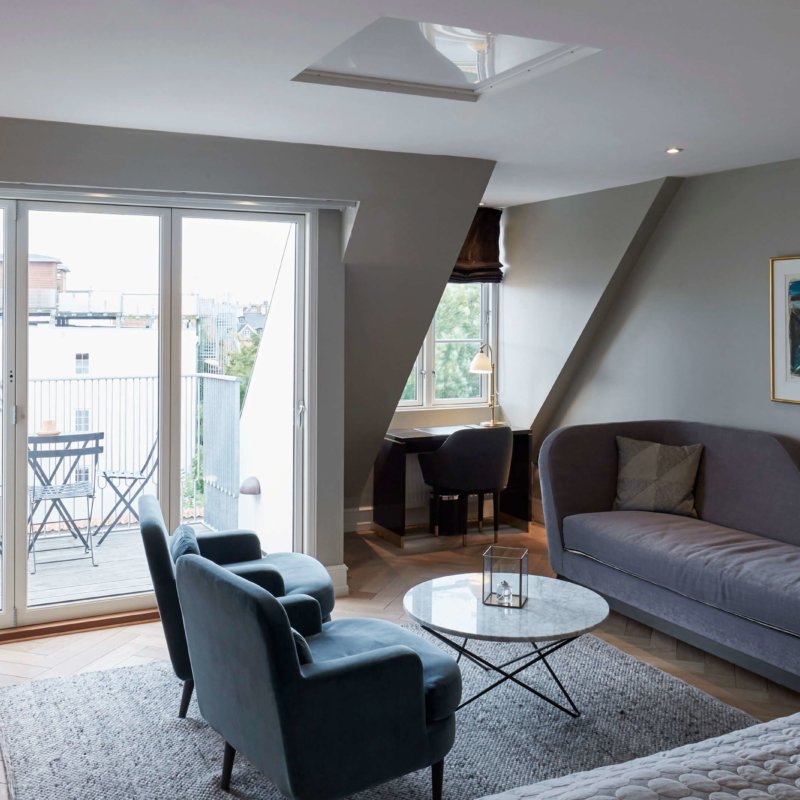 Back when it opened in 1851, this design-forward hotel was a den of smugglers, criminals, and other lawless types, all of whom needed a password to enter the premises. Today's iteration owes more to Belle Epoque painter Vilhelm Hammershøi, whose signature color palette of black, white and brown is echoed throughout the subdued walls and soft furnishings. Pass through the hotel doors, and you'll have left the bustling Nyhavn district far behind. Now it's time to sink down in a chair in the cozy, low-lit lounge and order a drink. Once a safe haven, always a safe haven. 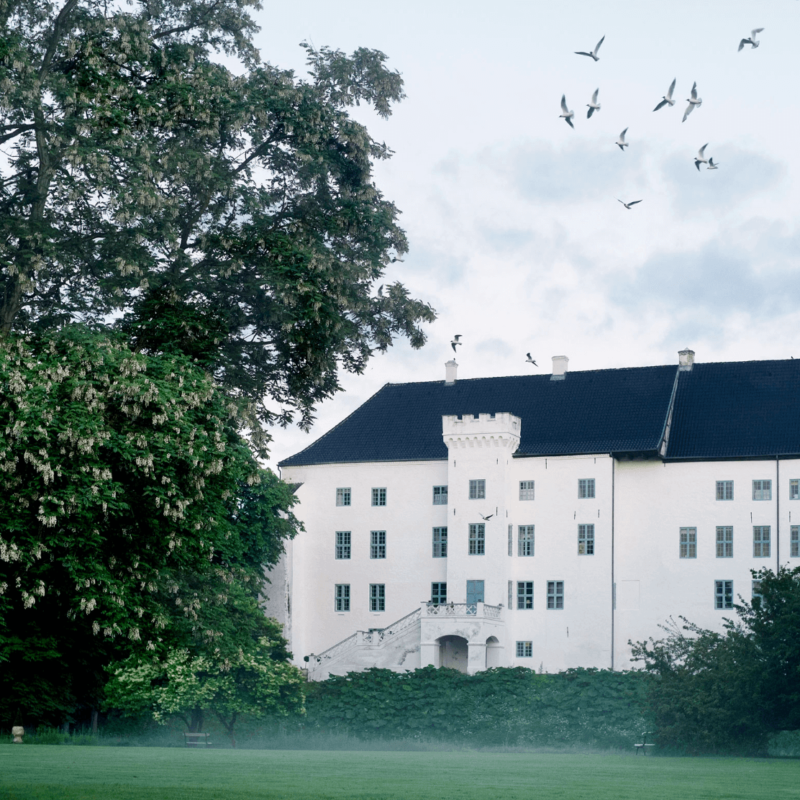 One of Denmark's oldest castles, this baroque beauty has stood guard over the windswept Odsherred peninsula for over 800 years. Now with of a Michelin star and a UNESCO World Heritage seal of approval for its beautiful grounds, in recent years it's become a beloved, not-so-secret getaway for urban gourmands, a place to retreat when city life becomes too much. The breakfasts, featuring carafes of apple juice fresh-pressed from the orchard and an endless procession of meats, cheeses, rolls and house-made butter served on wooden platters, are all too picture-perfect. 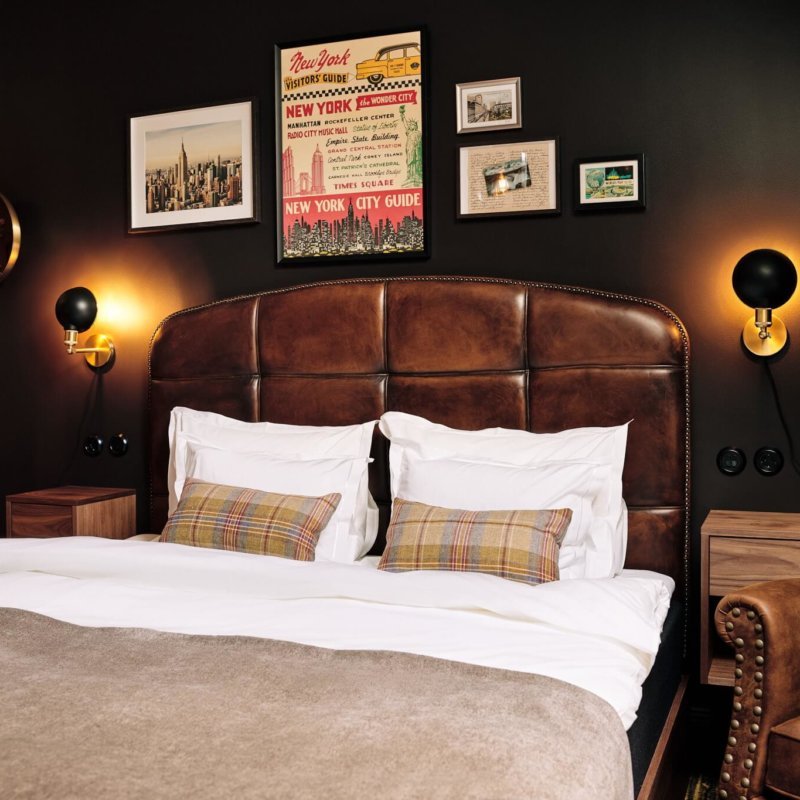 Stockholm has a reputation for being a little sleek and a little cold—until you get to the artsy neighborhood of Södermalm, that is. Brimming with farmers markets, green spaces and second-hand stores by day, this is where cosmopolitan Stockholm converges in the evening, for a local microbrew, a first-run film or a late night of salsa dancing. And this boutique hotel, with its colorful, pattern-heavy furnishings and sense of eclecticism couldn't be located anywhere else. This is Söder living at its finest.